“Fight the Power: How Hip Hop Changed the World” premieres January 31, 2023 on PBS 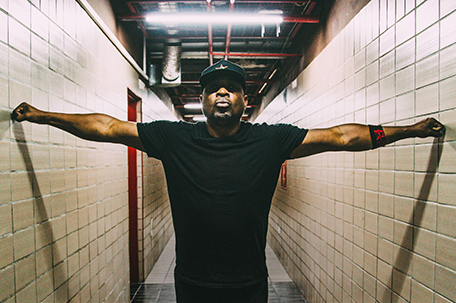 ARLINGTON, Va.– During  the Television Critics Association Summer Press Tour, PBS spoke  about “Fight the Power: How Hip Hop Changed the World.”  Produced in partnership with BBC Music, the four-part docuseries will premiere on January 31, 2023, on PBS (check local listings), PBS.org and the PBS Video app. Developed by Chuck D and his producing partner, Lorrie Boula, the series tells the story of hip hop as an organic expression of experience that was unapologetic, fierce and empowering as it spoke truth to power and informed a nation through a different lens.

Featuring firsthand accounts from some of rap’s most integral players, “Fight the Power: How Hip Hop Changed the World” recounts the origins of this bold and revolutionary art form through the voices of those who were there at the beginning, creating an anthology of how hip hop became a cultural phenomenon against the backdrop of American history. Weaving together interconnected moments via intimate interviews and archival footage, the docuseries will explore how hip hop quickly created a provocative narrative of America.

“The hip hop community has, from the start, been doing what the rest of media is only now catching up to,” Chuck D said. “Long before any conglomerate realized it was time to wake up, hip hop had been speaking out and telling truths. Working with PBS and BBC is an opportunity to deliver these messages through new ways and help explain hip hop’s place in history and hopefully inspire us all to take it further.”

“We brought the project to PBS and BBC Music because they are unparalleled at creating great documentaries,” Boula said. “Chuck D and I look forward to working with them to take this account of such an important movement to the world. People are finally open to hearing and learning about the history of all Americans, and we want to deliver authentic, compelling and truthful stories to them.”

“PBS is excited to join with Chuck D, Lorrie Boula and BBC Music to bring this illuminating project to audiences across our platforms,” said Bill Gardner, vice president of multiplatform programming and head of development for PBS. “Hip hop is one of the most influential artistic genres and cultural movements of our time, and we’re thrilled to tell a deep and unflinching story with one of its originators and most powerful voices.”

GRAMMY winner and Rock and Roll Hall of Fame inductee Chuck D was at the vanguard of how this art form became a platform for political expression and a vessel toward social justice. As co-founder of Public Enemy, his music dispatched lessons in Black history and consciousness while striving to dismantle racial constructs. “Fight the Power,” Public Enemy’s groundbreaking single released in 1989, became an anthem that called for unity against oppression and continues to resonate to this day. It is often called the most important hip hop song of all time, is in the Library of Congress and was named the #2 Greatest Song of All Time in 2021 by Rolling Stone.

Final season of ‘Power’: Omari Hardwick and cast members reflect on how the show changed their lives