An “All Eyez On Me” sneak peek 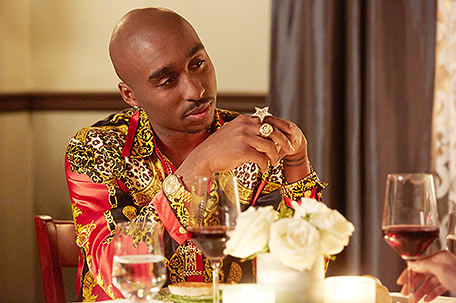 ABOVE PHOTO:  Demetrius Shipp Jr. stars in “All Eyez On Me.”

Wizard World Comic Con took over The Pennsylvania Convention Center last weekend for several days of fun. The Convention Center and a large section of Arch Street were littered with people dressed in their finest Cosplay attire, superhero t-shirts, and bags filled with souvenirs.

Upon entering the Convention Center, a mind-blowing attraction caught my attention almost immediately. In the back of the main hall stood a huge Cinetransformer Mobile theater, covered in the logo of the upcoming film “All Eyez On Me”. The Cinetransformer theater, which seats over 90 people, offered Wizard World audiences a special behind the scenes trailer and sneak peak of “All Eyez On Me”, the Tupac Shakur biopic. 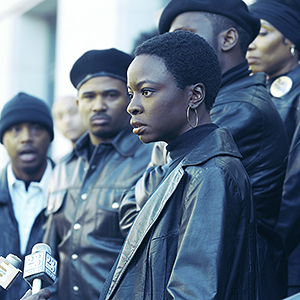 Danai Gurira stars in “All Eyez On Me.”

The Liquid Soul promotions, team all wearing Tupac’s iconic bandana, greeted members of a line that grew by the minute.  While waiting for the group before to finish their viewing,  the line was offered “All Eyez On Me” bandanas of their own and pictures. After about 10 minutes or so the line was guided into the mobile theater. This was a unique first experience.

The steps were illuminated with bright blue lights that led to chairs that looked identical to those found in a permanently stationary theater; the only thing missing was popcorn. After a brief introduction to the trailer, the preview began. Interestingly, in addition to seeing actual scenes from the movie, the audience also took in behind the scenes interviews with various cast members including; Director Benny Boom, Demetrius Shipp Jr. who plays Tupac, Kat Graham as close friend Jada Pinkett Smith, and “The Walking Dead” star Danai Gurira as Tupac’s mother Afeni Shakur. 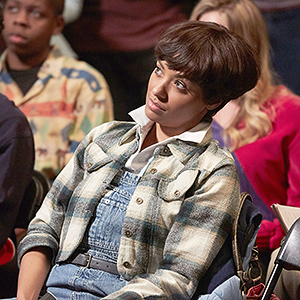 Kat Graham stars in “All Eyez On Me.”

The general consensus was that the casting was absolutely spot on, particularly for Shipp who not only captured the aesthetic but also the mannerisms of Tupac Shakur. The trailer was put together extremely well and ignited a spark for fans of Shakur and novices alike to see the film.

As the audience prepared to leave the theater, we were informed that L.T Hutton was there and would be available to take pictures. Hutton, known for being a music producer with Death Row Records, was a friend of both Shakur’s and of one of the producers of “All Eyez On Me”. Hutton was gracious enough to share a few of his thoughts regarding the film. “I’m just proud to be able to represent him in the correct way. I’m glad the story was told by somebody from our culture.

It’s surreal… we worked a long time bringing this to fruition. When you’re dealing with somebody who means so much to so many people there’s a heavy responsibility on getting it right. It was a tall order to fill but anything worth having, you’ve got to work for it.” Hutton also shared his hopes for what the audience would take away from the film. “Just understand, this man lived a life that should be remembered.

He was the rose that grew from the concrete. He made it in spite of. He gives hope to generation after generation, and hopefully this film can be the beacon of light that continues his legacy and the vision of what he wanted people to take away from his life.”

“All Eyez On Me” opens in theaters nationwide on Tupac Shakur’s birthday, June 16th. Check your local listings for showtimes.