Expect more Porsha and Becky in Season 2 of ‘Empire’ 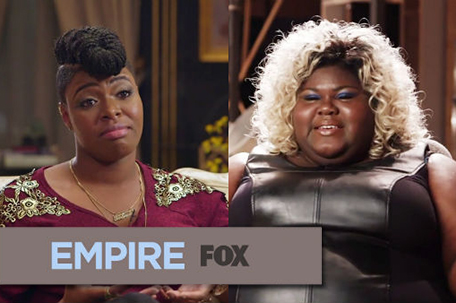 ABOVE PHOTO:  Ta’Rhonda Jones (l) and Gabourey Sidibe as personal assistants Porsha and Becky in ‘Empire’

“Empire” recurring cast mates Gabourey Sidibe and Ta’Rhonda Jones, who play assistants Becky and Porsha, to Lucious and Cookie Lyon respectively, have been promoted to series regulars on the Fox TV ratings smash.

Both promotions will take effect during the series’ upcoming second season, which will likely return mid-season, next year, as it did this year.

What might this mean for both characters/actresses? Obviously more screen time to start; although your guess is as good as mine in terms of what it could mean in terms of their individual narratives, and overall contributions to the main family story.

What to expect in Season two of ‘Empire’