Everything you need to know about the 2022 Oscars 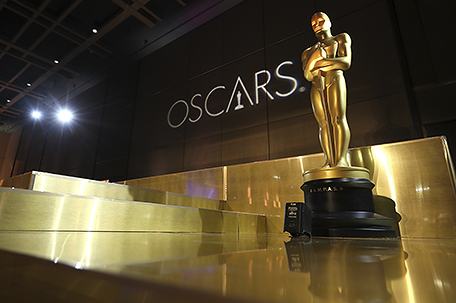 NEW YORK — Final preparations are underway for the 94th Academy Awards and a long-awaited return to Hollywood’s glamourous normalcy after a muted ceremony and ratings low last year. Here’s everything you need to know about the 2022 Oscars, including where to watch the live show, who’s expected to win and what the big controversies are this year.

WHEN ARE THE OSCARS?

The Oscars will be held on Sunday, March 27, at the Dolby Theatre in Los Angeles. The ceremony is set to begin at 8 p.m. ET and will be broadcast live on ABC.

Regina Hall, Amy Schumer and Wanda Sykes are taking the stage to co-host the ceremony, which has been without an emcee for the past three years. Producer Will Packer says each woman brings something different to the show.

WHICH MOVIES ARE NOMINATED FOR BEST PICTURE AT THE 2022 OSCARS?

WHAT WERE THE MOST SURPRISING OSCAR SNUBS?

There were a lot of surprise Oscar nominations morning.

Some exclusions that stood out include Denis Villeneuve, whose “Dune” got the second most nominations (10) behind “The Power of the Dog” (12) including best picture, but who failed to get a directing nomination for himself.

The best actress category was especially brutal this year, leaving out Lady Gaga for “House of Gucci,” Jennifer Hudson for “Respect” and Caitriona Balfe for “Belfast” and Renate Reinsve for “The Worst Person in the World.”

WHAT ARE THE PREDICTIONS FOR THE WINNERS ON OSCAR NIGHT?

“The Power of the Dog” is the presumed frontrunner for best picture and best director, for Jane Campion, but there is also the possibility that “CODA” will take best picture. Either way, it’ll be the first time a streaming service has won best picture. Other likely winners include Will Smith for best actor (“King Richard”), Jessica Chastain for best actress (“The Eyes of Tammy Faye”), Troy Kotsur for best supporting actor (“CODA”) and Ariana DeBose for best supporting actress (“West Side Story”).

WHAT ELSE CAN WE EXPECT FROM THE OSCARS?

Organizers have promised that they will keep the broadcast to three hours and Packer (whose films include crowd pleasers like “Girls Trip”) wants to make it as entertaining as possible while still honoring the nominees and winners.

“The show will flow, not unlike a movie, in that there will be different themes and a different feel and different energy throughout the night,” Packer said in an interview with IndieWire. “It will not feel or look or sound like one show for three hours. It’s taking you through the course of this cinematic journey.”

Best song nominees like Beyoncé, Van Morrison and Billie Eilish are also in talks to perform.

ARE THERE ANY CONTROVERSIES THIS YEAR?

The Oscars are so high profile that every year someone is upset about something (especially when changes are involved) but this year the biggest controversy is over the decision to present some awards before the live broadcast begins and edit them into the show later.

The eight awards are for shorts (live action, animated and documentary), editing, score, hair and makeup, sound and production design. The decision has its defenders, but also an army of high-profile detractors, including Campion, Villeneuve, Steven Spielberg, Chastain and Penelope Cruz.