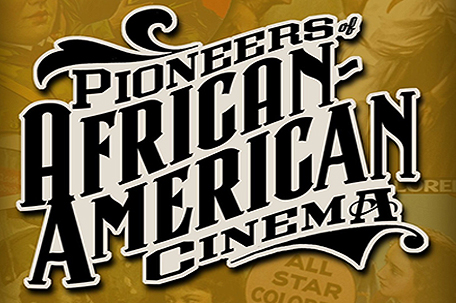 One of the most acclaimed Blu-Ray sets of last year, headlined several times on this blog, was Kino Lorber’s collection “The Pioneers of African-American Cinema.” The set, which was curated by historians Prof. Jacqueline Najuma Stewart of the University of Chicago and Charles Musser of Yale University, is a collection of some 25 digitally restored early Black films – or “race films” – made by Black and White filmmakers, from the silent era to the 1940’s.

Nearly 500 independently produced race films, exclusively made for Black audiences, were produced in the United States between 1915 and 1952, and shown in over 1000 movie theaters across the country; although most of them are now lost due to neglect and poor preservation.

The collection restored some of these films, returning them to their proper role as significant and vital additions to the history of Black people in the movies, and to the development of cinema.

The 5-disc Blu-Ray set was released last summer; but if you haven’t had the opportunity to pick up a copy, you’re in luck because Netflix has made 22 of the 25 films in the collection available to stream starting this week, for all subscribers.

Among the films available now are Oscar Micheaux’s 1925 silent film, “Body and Soul” with Paul Robson in his first screen role, and new music by DJ Spooky; the 1939 western “The Bronze Buckaroo,” with Herb Jeffreys wearing a cowboy hat decades before Denzel Washington wore one; the 1946 Spencer Williams film “Dirty Gertie from Harlem U.S.A.”; and the truly weird, almost surrealistic 1926 silent film “Eleven P.M.”, made by the Detroit-based Black filmmaker and actor Richard Maurice, of which very little is known, and which is sadly his only film that is said to have survived.