‘Empire’ hits a ratings low — Has it “jumped the shark” already? 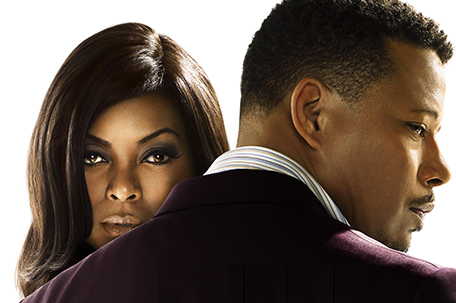 When did it happen exactly? Was it the increasingly ridiculous and illogical story lines and plot twists? Or was it, as some claim, when the show just got “way too gay” for the general viewing audience? Or was it that sex scene with Gabourey Sidibe that caused so much discussion? Or, finally, is it simply that the show just got “too extra” for some?

Whatever it is, something is definitely amiss with Fox TV’s show “Empire.” Though the show still dominates the ratings on Wednesday nights, it has taken a considerable hit.  This past Wednesday’s episode garnered some 11.2 million viewers with a 4.2 rating and 12 share which is drop off of 9 percent from last week’s episode.

Overall, the show has consistently lost viewers every week since its second season premiere in September which attracted some 18 million viewers and which, in real numbers, increased to 22.5 million viewers when DVR and Hulu and Fox.com streaming viewers were counted in.

However the 11.2 million watchers for this week’s episode, resulted in “Empire’s” lowest audience since the second episode from the show’s first season. To compare, its rival show at the same time on NBC, “Law & Order SVU,” which is remarkably in its 17th season and the fifth longest running scripted prime time show in television history, hit a season high with an increase of 33 percent in viewership from last week’s show.

However, despite some people predicting already that “Empire’s” ratings downturn is a sign of impending doom for the show, that is far from reality. The fact is that “Empire” still gets a huge audience, and these days, the network television landscape has radically changed. Twenty years ago, a show getting 11 million viewers would be headed immediately for Cancellationville. Nowadays, any network would be overjoyed to get a show that attracted that number of viewers, which is what “Empire” is doing.

The big challenge is for the network, and for creator and executive producer Lee Daniels, to keep the ratings and viewers from slipping even further. If that happens and “Empire” keeps dropping in the ratings week after week, then there is likely going to be some panicing  at Fox.