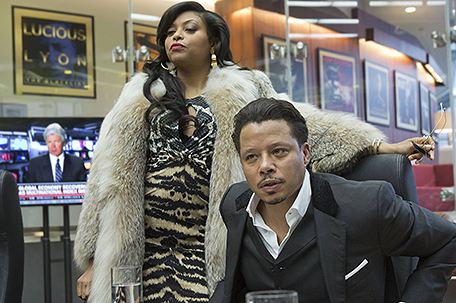 Last week, it was reported that Fox TV’s prime time hip-hop soap opera “Empire” was renewed for a second season. No doubt the network was happy with the ratings for the show, and felt that it was strong enough to survive its first season.

But now we know how happy. The show has broken a 22-year long record on the Fox Network, becoming first the first show since 1993 to actually increase its ratings, and the number of viewers, the following two weeks, after the premiere episode.

As TV-by-the-Numbers reported, this sort of thing is practically “unprecedented in modern television history.” The show premiered with a 3.8 adult 18-49 rating, but then climbed to a 4.0 for its second episode, and then jumped again to a 4.4 rating for its third episode.

The last time any program did that on Fox was back in 1993 – a long forgotten detective series called “Moon Over Miami.” But that show, after the third episode, started to drop badly in the ratings, and eventually, it was cancelled after ten episodes.

No fear of that happening with “Empire,” but I’m baffled as to why the show has become so popular with its old, tired clichés from literally every prime time TV soap opera, made in the last 30 years. Is it the music? Or black people wearing expensive, shiny clothes, on expensive shiny sets, and driving expensive shiny cars?

At least we know where all those millions of black viewers not watching Fox News, are; they’re watching “Empire” on Fox TV. But remember they’re both still owned by the same guy.