Eboni K. Williams–Eboni weighs-in on new show and on turmoil at Fox 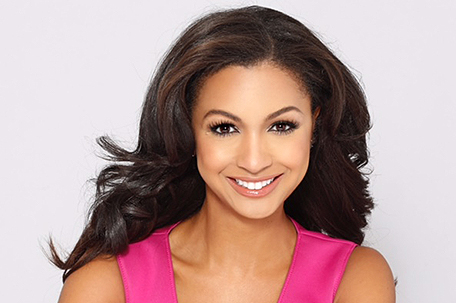 Eboni K. Williams, Esq. joined the Fox News Network in September 2015, sharing her insights and analysis as a contributor on “Outnumbered,” “The Five,” and other programs. Prior to joining Fox, she served as a CBS News correspondent, an Headline News contributor and a talk radio host in Los Angeles on AM 640.

Williams received a B.A. in Communications and African-American Studies from the University of North Carolina at Chapel Hill and a J.D. from Loyola University New Orleans College of Law. She began her professional career in Louisiana in the wake of Hurricane Katrina, where she clerked for the Louisiana Secretary of State and the Louisiana Attorney General’s Office while still a law student.

She has also worked for a number of politicians, including New Orleans City Council members, assisting in the effort to rebuild the city. Williams subsequently specialized in Family Law and Civil Litigation, providing counsel in high-profile divorces, spousal support, and child custody cases.

In 2008, she became a public defender and went back to private practice in 2010 in both North Carolina and the Greater Los Angeles area. She has represented clients in criminal matters, too, including murders, rapes, high volume drug cases, sex crimes and federal offenses.

Here, Williams talks about her new series, “The Fox News Specialists,” co-hosted by Eric Bolling and Katherine Timpf. The show airs weekdays at 5 pm ET on the Fox News Channel.

Kam Williams: Hi, Eboni, how are you?

Eboni K. Williams: I’m well, Kam. How are you doing?

KW: Great! Thanks so much for the time. Congratulations on landing the new series.

EKW: Oh, thank you so much. It was all quite sudden, as I’m sure you could see. But it all feels pretty exciting and, yeah, we’re thrilled about it.

KW: I recognized your talent right off the bat, and pegged you as a rising star. That’s why, when I interviewed you last fall, I predicted you’d get your own show in a year and a half. But you did it in just six months.

EKW: Yeah. For those who don’t know my full background, it’s important to note that I had my very first appearance on the Fox Network in July of 2013, on the 12th, I think. The segment lives on in infamy on Youtube. I was on “O’Reilly’s The Factor” discussing the George Zimmerman verdict. He’d just been found not guilty of killing Trayvon Martin. That was the genesis of my relationship with the network. From there, I was an unpaid guest for almost two years before I landed other network roles as a contributor and correspondent. But technically, our relationship did start in 2013. So, that’s kind of been the evolution of it. 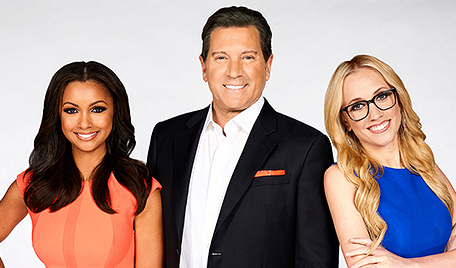 W: How long was “The Fox News Specialists” in the making?

EKW: I only heard about the show fairly recently, directly from the executives. But I couldn’t tell you how long they’d been planning it. All I can say is that I was very excited to be invited to take part in it, especially by the idea of casting myself, Eric and Kat. It was a very deliberate choice to combine not only our divergent political voices, coming from the standpoints of an independent, a conservative and a Libertarian, respectively, but also our differing perspectives on life, with Kat being a humorist and writer, Eric having had a career in both sports and finance, and my having had a career in the law and also in the consulting space. We are people who come from three different worlds. We have different cultural backgrounds. We come from different generations… We have different family dynamics… So, I think the network is valuing all that and what our dialogue will sound like. And then, they’ll be making it even more intriguing by adding two brand new voices to the mix every day. Two of the five hosts will be newcomers contributing fresh perspectives to the topics. I think this was a lot of the thought behind the planning of the show.

KW: This has been a period of considerable upheaval at Fox, between the allegations of sexual harassment and the racial discrimination lawsuit. Yet, despite being Black and female, you’ve somehow successfully negotiated those dangerous waters, and continued your meteoric rise. Bravo!

EKW: Well, thank you. did you read my statement I made about the situation in the New York Times? This was a few weeks ago, before Bill O’Reilly’s departure.

KW: Sorry, I missed it. What did you say?

EKW: I thought it was important, as a woman at the network, to speak out. I echoed some of the sentiments of my colleague, Kelly Wright. Whether some people think we don’t belong at Fox News on the basis of our gender or race, we do deserve to be there. We deserve the opportunity to do the work we want to do wherever we want to do it. I think it’s important for people to understand that we’re not going to be limited by anybody else’s expectations. I also think it’s important that my background be represented anywhere I see fit. I have proudly chosen to work at Fox because it has a captive audience that perhaps is not all that exposed to people with my cultural, racial and generational background. My point-of-view is unique, particularly for its audience. And I enjoy being able to engage in dialogue and exchange ideas with the likes of Eric Bolling, Sean Hannity and others from different social circumstances. I think that’s good for our country, and good for the world. It’s a way we can all grow as humans, as Christians, and as Americans.

KW: I agree. I don’t know whether you’re aware of it, but even when you were away on vacation in Paris a few weeks ago, your name would still occasionally be brought up by your colleagues on “Outnumbered.” For instance, I remember Meghan McCain saying something very positive about you, as she speculated where you’d stand on the issue they were discussing.

EKW: Oh, that warms my heart, not only from an emotional place, but from a credibility standpoint. When I say, “I’m proud to be working at Fox News,” that’s not me putting on blinders to the very real challenges we’re facing as a network. I am both aware of and am actively working to help rectify cultural problems at our network, as the Murdochs themselves have accounted for. Things need fixing. I’m aware of that. and I believe they’re aware of it. At the same time, I am proud to work alongside people like Meghan McCain who, although we often differ politically, we have a mutual respect for each other’s backgrounds and experiences. And like I said before, that’s where the potential for growth is.

KW: Thanks again, Eboni, and best of luck with the new show.