Doug E. Fresh brings out the stars for USA Network’s NY advanced screening of ‘Unsolved: The Murders of Tupac and the Notorious B.I.G.’ 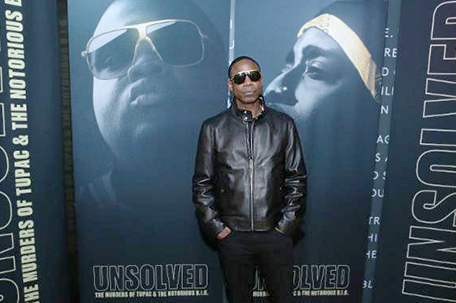 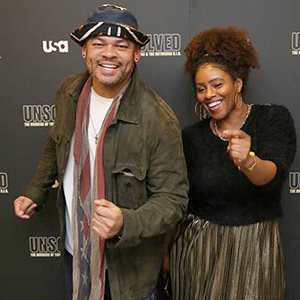 Guests began to arrive at 6pm for the red carpet reception, and the screening began at 7pm with a welcome from USA Network, and an introduction of the series by host, Doug E. Fresh. Afterwards, there was short-talk back with director and executive producer, Anthony Hemingway (“The People vs O.J. Simpson,” “The Wire,” “Underground,” “Power,” “Red Tails” and more), who talked about his journey through film and the process of making “Unsolved.”

The talk-back had not been planned, but the enthusiastic response and reaction resulted in an impromptu Q&A with Hemingway and show writer, Tash, during which Doug E. Fresh shared why he was honored to host the screening.

“Unsolved: The Murders Of Tupac And The Notorious B.I.G.” is a 10-episode scripted true crime limited series that chronicles the dual police investigations of Detective Greg Kading (Josh Duhamel) and Detective Russell Poole (Jimmi Simpson) and revisits the controversial murders of two of the rap industry’s most legendary players, Tupac Shakur (Marcc Rose) and Christopher Wallace aka The Notorious B.I.G. (Wavyy Jonez). 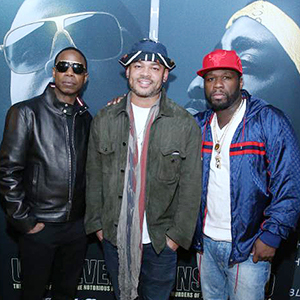 The series, which premieres on USA Network Tuesday, February 27, 2018, 10pm-11pm EST, goes beyond the headlines to explore the complicated friendship between these two icons, delving into a culture that both defined them and was forever changed in the wake of their untimely deaths.

In seeking the truth behind the conspiracies, the one question that begs to be answered is: how can a case this famous still be unsolved?