Documentary ‘The Obama Years: The Power of Words’ will analyze and contextualize six benchmark speeches he gave 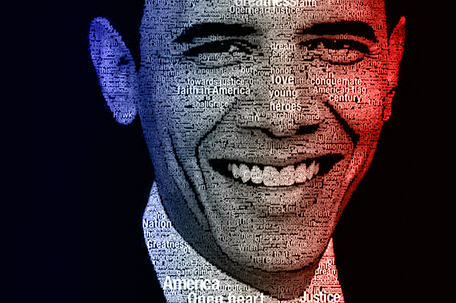 Over eight years, former President Obama delivered more than 3,500 speeches and statements, officially ending his era with a farewell address on Tuesday in Chicago. His speeches ranged from redefining patriotism, candidly addressing race relations, inspiring hope and healing, and turning divisive moments into an opportunity for national unification. But which are the moments that history will remember?

A new hour-long Smithsonian Channel documentary tells the story of Barack Obama — writer in chief, and takes viewers inside the defining moments of his political career through the prism of his most memorable speeches. “The Obama Years: The Power of Words,” narrated by actor and producer Jesse Williams, premieres on Monday, February 27, 2017 at 8 PM ET/PT.

“Someday there will be the collected speeches of Barack Obama,” the historian Douglas Brinkley says in the film, “and I think they’ll tell us more about our hopes, dreams, aspirations and dark realities than any other document to represent that era.”

“The Obama Years: The Power of Words” examines how President Obama used the bully pulpit by looking at six benchmark speeches, as a brash young state senator and as a president grappling with turbulent times in the face of chaotic events. Some were the result of careful planning and intensive writing; others were written under extraordinary pressure, often with Obama doing much of the writing, in the wake of unexpected events.

For each highlighted speech, “The Obama Years: The Power of Words” gives viewers behind-the-scenes stories of the former President and his process, how he and his core group worked to develop the messages, expert commentary comparing the speeches to those of other presidents, and analysis of the power and limits of the bully pulpit to shape events.

“The Obama Years: The Power of Words,” narrated by actor and producer Jesse Williams, premieres on Monday, February 27, 2017 at 8 p.m. ET/PT.