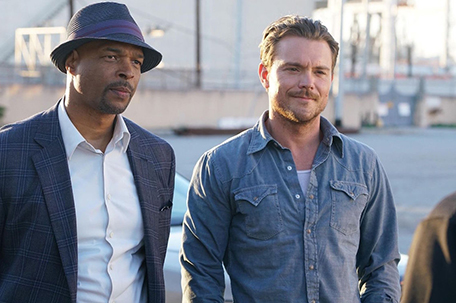 With the on-going discussion about diversity (or the lack there of in television and film), it appears that Fox has taken heed. In addition to the return of ‘Empire’ for a third season, and ‘Rosewood’ for a second season, Fox adds ‘Lethal Weapon’ and ‘Pitch’ to their 2016 Fall television schedule. The Studio Movie Grill hosted a private pre-screening of the pilot episodes, and a special sneak peak of ‘Empire’s’ third season a week prior to the season premieres.

Comedian/actor Damon Wayans returns to the small screen after a long hiatus as Roger Murtaugh in ‘Lethal Weapon’. After recovering from a heart attack, Murtaugh returns to the police force more cautious than ever. He is partnered with Martin Riggs, played by Clayne Crawford. Riggs is a rogue loose cannon with a death wish after the tragic death of his wife and unborn child. The show, much like the successful movie series, balances tragedy and comedy swimmingly. The pilot episode alone will hold the attention of the audience with a solid storyline, loads of laughs and non-stop action. 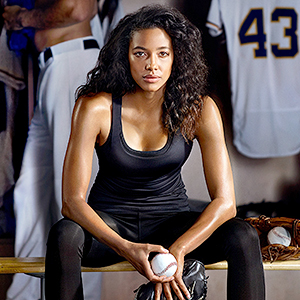 ‘Pitch’, much like ‘Lethal Weapon’, will strike a chord with many sports fans, especially Philadelphians. Newcomer Kylie Bunbury stars as Ginny Baker, a young woman who shocks the world of baseball by making history as the first woman to play in the major leagues. Much like Bunbury, Philly native Mo’ne Davis broke barriers of her own as a former Little League baseball pitcher who was the first girl to pitch a shutout in Little League World Series history.

This story works on a number of levels; the importance of tenacity, girl power, and a sprinkle of Black girl magic. Bunbury has lots to prove both on and off the baseball field in her breakout role… but so far, she’s off to an impressive start.

Fox’s fall line up not only features Black and brown actors we’ve grown to love and respect, but they are also giving opportunities for new faces to have their moment to shine. Could this be a new pattern? Will this wave of diversity continue its momentum? Is the television market finally starting to understand the buying and spending power that comes with marketing content specifically to communities of color?  Only time will tell, but meanwhile, tune in to watch ‘Lethal Weapon’ Wednesdays at 8PM, and ‘Pitch’ Thursdays at 9PM on Fox. Check your local newspaper cable TV schedule for Fox channels in your area.