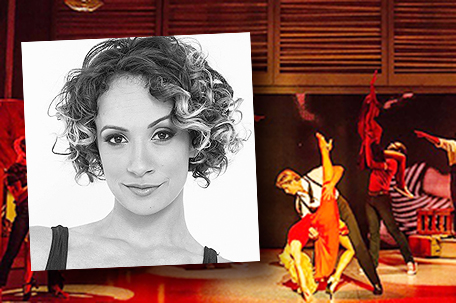 When people think of the film “Dirty Dancing,” one scene inevitably comes to mind… the infamous lift!

The lift is undeniably iconic, but if you’re a fan of dance, “Dirty Dancing”has so much more to love.

“Dirty Dancing- The Classic Story on Stage,” is headed to the Merriam Theater just in time to celebrate the film’s 30th anniversary. Jennifer Mealani Jones, who received her BFA in Jazz Dance from the University of the Arts, plays Penny Johnson in the production and sat down with the SUN about her experience thus far and how thrilled she was to be sharing her talent with fans in her hometown.

Dance found its way into Jones’s heart at a young age, she said. 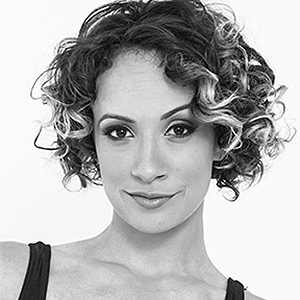 After taking a brief hiatus from dance in high school to reassess her passion for it, Jones realized dance was her true calling and that she wanted to pursue it professionally, something that she started right here in Philadelphia.

“While I was in college I danced with the 76ers Dream Team,” Jones said. “When I graduated in 2013, I went right to Philadanco for a year. I worked with al Brian Sanders, Ronen Koresh and all of the teachers there.  In the past couple of years since I’ve been away from Philly, I’ve come back and do the FringeArts shows with Gunnar Montana.”

After leaving Philadelphia, Jones moved to Los Angeles for two years where she worked in various videos and films. After some time, her agent sent her a breakdown for“Dirty Dancing”. Eventually, she landed the role of Penny Johnson, which she describes as a dream come true.

“It’s great playing Penny because she’s so spicy!” Jones said. “Now that I’m growing into womanhood, and with everything that’s happening in the world right now especially in the United States, it’s cool to come into a role where this woman really gets tested. Life comes at her in every direction, and she has to find a way to go through it. It’s really fun to embody this bombshell.”

In addition to the fun of playing Penny, Jones was thrilled to return to Philadelphia at this time in her career.

“It feels great to come back to Philly with success,” she said. “I was so successful in Philly with all of the amazing opportunities that I got. So to be able to leave and bring back something that I learned elsewhere to the city, that’s what I’m most excited about… coming back as a professional where my friends and colleagues can come see my perform.”

Fans of the film “Dirty Dancing” can expect to see all the elements they loved in the original and some timely additions.

In addition to the dancing, singing, and music you loved in the movie, all of the scenes that never made it into the film are a part of the show. Writer Eleanor Berkshire made sure she brought in civil rights and women’s rights elements to the show.

“There is so much history and political standpoints in the live show that weren’t included in the movie. Everything that’s happening in the show is relevant today… it’s all come full circle.” Jones said.

“Dirty Dancing – The Classic Story on Stage,” will be at the Merriam Theater from May 16th-May 21st.Tickets are available at  www.kimmelcenter.org. Fans of “Dirty Dancing”can continue the 30th Anniversary celebration by tuning in for a special “Dirty Dancing” remake on ABCon May 24th.