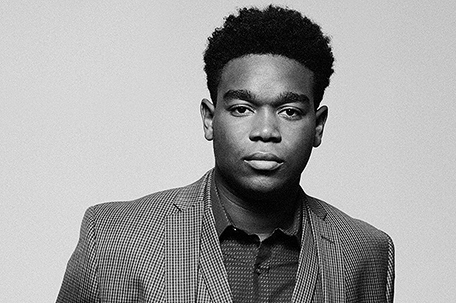 Burden, who came from a long line of KKK members, including his father and grandfather, opened the Red Neck Shop, a museum that sold KKK memorabilia in 1996.

Burden was encouraged to leave the KKK by Judy, a single mother who he fell in love with. Burden’s decision to leave the KKK resulted in a series of threats as well as becoming homeless and destitute. Despite Burden’s past with the KKK, Rev. Kennedy opened his heart and home to Burden and his family, forming an unbreakable bond and proof that love conquers all.

Darden, who is originally from Camden, New Jersey, has been making waves in Hollywood starring in films like “Joyful Noise” and the “Maze Runner” series. Darden shared his enthusiasm in being a part of “Burden.”

“Once I read the first draft of the script, I said I absolutely want to be a part of this movie,” he said. “I just want to be able to help tell a story like this, bring it to life and be able to articulate what it means to be in 1996 and deal with such hate.”

“We actually had the KKK roll up on us one day,” he continued. “We were shooting the riot scene, and I see a truck pull up behind us. I was thinking maybe our director Andrew Heckler was trying to get us motivated and get us upset. This truck had Confederate flags on the side of it and they were waving them from the bed of the truck, spewing racial slurs, and still  I thought it was production.”

“When we started walking back towards the filming, security came out, grabbed us and said they had to get us inside and those were actual members of the KKK,” Darden concluded. “Again, that was in 2016… stuff like that still exists.”

Kelvin Kennedy is the son of Rev. Kennedy. Darden spoke about his experience playing the character.

“Kelvin Kennedy is the guy who fights how we would fight,” he said. “He’s the modern-day view of how I would handle the situation. When the reverend brings Mike Burden and Judy home to live with us, Kelvin gets pretty upset…[and] rightfully so. He’s kind of the voice for the people. He’s a teenager in 1996 when we had hip-hop, Biggie, Pac, NWA; we had movements of music that were inspiring cultures and especially young Black men to speak up, fight back and speak out against injustice and hate. That’s what Kelvin wanted to do.”

Darden also shared his enthusiasm about working with Forest Whitaker.

“Not very often do you have an opportunity to work with such a legend… it was incredible!” he said. “He’s such an icon in his own right. He’s not only talented, but a master at his craft. Every time I came to work, I wanted to learn as much as I could from him in terms of character creation, preparation, demeanor on set, overall respect level… I was very fortunate.”

Throughout history, Black people have been known to always forgive the atrocities committed against them.

Black forgiveness has resurfaced as a topic of discussion with the visuals of Botham Jean’s brother hugging the woman who murdered him in open court. Darden shared his views on Black forgiveness.

“It seems like Black people are conditioned to forgive,” he said. “A lot of people tend to view that as a negative, but I personally view it as a positive. It shows the strength we have as a people, community and culture. In terms of forgiveness, the reason it works in “Burden,” is because it truly is the only way.”

“We can fight, we can rally, and I’ve been on the front line often, but the combat is not going to make a change,” Darden continued. “The only way to really conquer hate is with love. It’s hard because it’s like… how could you love somebody who’s done such horrible things? Hate is going to exist, unfortunately — all we can do is find small iotas and try to influence change.”

“Burden” does a phenomenal job of showing the humanity of the main character, someone who most would have a hard time finding the humanity in. Darden had the opportunity to see the change and humanity in Mike Burden firsthand.

“I got to watch it with the actual Mike Burden, “ Darden said. “We had a really beautiful moment where he came up, hugged me afterwards and talked to me. I asked him, ‘How was it watching your story?’ He said I remember that guy, but it’s hard for me watching it now because that guy to me seems like a totally different person. It’s so removed from the person he is now.”

Darden offered his hopes for the audience.

“So I just hope people feel inspired to tell the truth about how equality is important, how segregation and systemic racism still exists, and we need to start making changes to help the big picture,” Darden concluded.

Be sure to follow @dexterdarden on social media and look out for Darden on the new “Saved By The Bell,” coming to the Peacock Network in the near future. “Burden” is currently in select theaters. Check your local listings for theaters and showtimes.

Pastor’s fight against KKK becomes movie that may aid battle