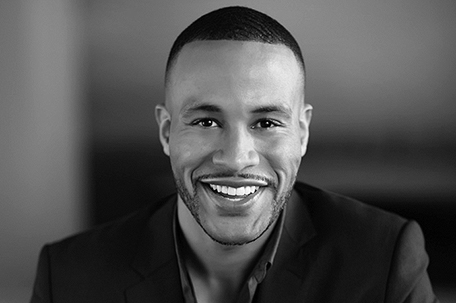 Stacey Snider, chairman and CEO of 20th Century Fox Film, said, “We’re excited to welcome Devon Franklin into the Fox family. He has great taste and a real feel for inspirational stories. His films will provide a perfect complement to the great variety of films that Fox already produces.”

Franklin added: “I am deeply committed to producing inspirational content of faith that reaches audiences all around the world… This is why I’m so excited to join Stacey Snider, Emma Watts, and the Fox family. I am incredibly grateful for the support from such a legendary team for my vision of creating uplifting content for the masses.”

Prior to launching Franklin Entertainment, Franklin served as a Senior Vice President of production at Columbia TriStar Pictures, making him one of the highest-ranking African American executives at a Hollywood studio. His production credits include box office hits like The Karate Kid (remake), The Pursuit of Happyness, and faith-based titles like Heaven Is for Real and Miracles From Heaven.

On his slate are reboots of He-Man and Masters of the Universe, as well as a remake of Cooley High for MGM.