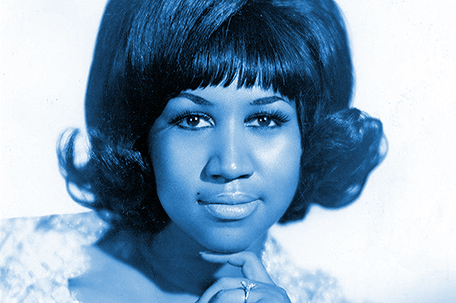 “We want to learn and see some things that are more intimate and touching about her. This personalizes her in a little different way,” says Charles H. Wright Museum of African American History board member Kelly Major Green.

Nearly a month after legendary songstress Aretha Franklin was laid to rest, the Charles H. Wright Museum of African American History is paying homage to the Queen of Soul in a special way. The Detroit-based institution recently opened a new exhibit that captures Franklin’s life journey and highlights her contributions to music, “Rolling Stone” reported.

The exhibit — dubbed “Think: A Tribute to the Queen of Soul”— opened on Tuesday, the news outlet writes. It features Franklin’s personal items; including ensembles from her wardrobe and copies of some of her first recordings. The exhibit also includes video footage and photos that capture pivotal moments in the singer’s career. Each item featured in the exhibit illustrates Franklin’s impact and influence in the realm of music and how she used her artistry to evoke social and political change. Amongst the items included are her 1956 vinyl recording of the song “Never Grow Old” and the red outfit she wore during her public viewing. The items will be rotated throughout the course of the exhibition.

The exhibition was supported by Franklin’s estate. “The Aretha mojo lives,” museum board member Kelly Major Green told the Detroit Free Press. “It’s a beautiful tribute. We want to learn and see some things that are more intimate and touching about her. This personalizes her in a little different way.”

The exhibit will be on display through January 21, 2019. The singer’s estate is reportedly working on creating a more permanent exhibit that is slated to open in 2020. There isn’t any word on where that project will be housed. Aretha Franklin passed away on August 16 after battling with pancreatic cancer. She was 76.