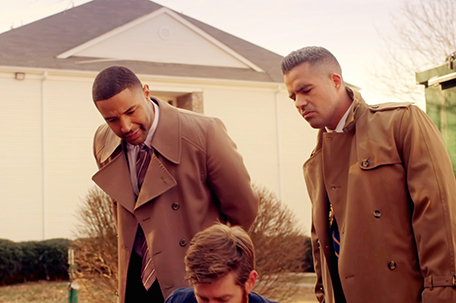 ABOVE PHOTO:  Detectives Quinn and Velazquez must start from the beginning in their search for justice after is found beaten and later dies in the ambulance ride.  (Photo: TV One)

On next week’s episode of “ATL Homicide,” detectives Quinn and Velazquez are sent to an apartment complex after 38-year-old Cassandra Bryant is found barely clinging to life.

The detectives must start from scratch after she dies in the ambulance before she can identify her attacker. While canvasing the apartment complex, they encounter one man who refuses to invite them in. When they notice something out of the ordinary in his apartment, they follow the lead with the hopes of finding Cassandra’s killer. 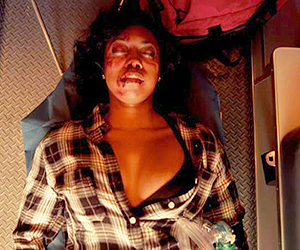 Tune in as veteran homicide detectives David Quinn and Vince Velazquez of Atlanta PD share some of their grittiest cases on TV One’s new addition to “True Crime Mondays,” “ATL Homicide” on Monday, August 27 at 10/9 C.

The compelling true crime series will drop viewers smack dab in the middle of real-life murder investigations with uncanny recreations of the grisly crimes and narration from the detectives themselves.  “ATL Homicide” is produced for TV One by Wide Net Productions and Jupiter Entertainment.

Get caught up on every single episode of “ATL Homicide” on Monday, September 3, during a special Labor Day Marathon, which begins on TV One at 2/3C and ends with a new episode premiering at 10/9C.