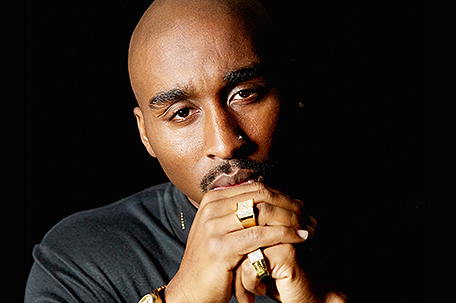 Demetrius Shipp Jr. never acted before playing Tupac Shakur in “All Eyez on Me.” But his connections to the rapper, and to acting, go back to his childhood.

Shipp’s uncanny resemblance to Shakur inspired his friends to call him “Pac” in high school. And even before that, Shakur’s music was part of his life. Shipp’s dad is a music producer who worked on one of Shakur’s songs.

“My fondest memory of Tupac is my father producing ‘Toss It Up’ for him when I was 7 years old and hearing that,” Shipp said. “He produced that, and that was the biggest guy at the time. So I was like ‘Wow, this is dope, my pops did this single.’ …From then on it was like Tupac forever.” 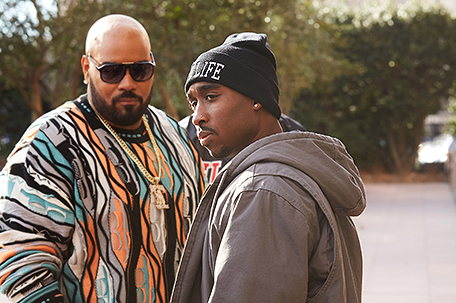 Dominic L. Santana and Demetrius Shipp Jr. star in “All Eyez on Me.”

“Toss It Up” was the first single released after Shakur was shot to death in Las Vegas in 1996.

Those connections didn’t exactly prepare Shipp to play Shakur in a biopic. But a four-year delay between casting and production was enough time for the look-alike to really get camera-ready.

“I look at it now as like, even through 2011 back then… and all of these years, being able to see now that I wasn’t ready,” Shipp said. “It happened at the exact perfect time for me, just even with the alignment of the people that were involved.”

The delays — prompted by the departure of two potential directors and a legal battle with Shakur’s estate over his life rights — allowed Shipp to properly study acting, and he was unexpectedly reunited with a teacher from his youth. 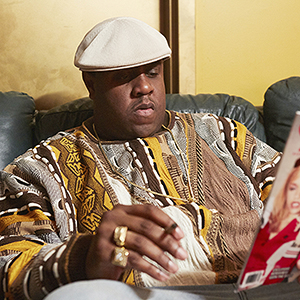 Jamal Woolard stars in “All Eyez on Me.”

“As a kid, I was going to her acting classes, not to act for myself but to support my friend,” he recalled. “And she was my acting coach all these year later for the Tupac movie… It feels like destiny.”

Shipp, 28, appears in nearly every frame of “All Eyez on Me,” which tracks Shakur’s life from his teens to his violent death in 1996, with nods to his activist upbringing by his Black Panther parents.

Producer L.T. Hutton, a former Death Row Records producer who worked with Shakur, said he needed to cast a lead actor audiences would believe as Tupac, and Shipp was the one.

“I knew from his background and upbringing that Demetrius had the makings of becoming Tupac all the way,” Hutton said. “If I’d cast any one of the actors Hollywood was pushing me to use, people would have spent the first hour of the movie wondering, ‘Why is this guy trying to be Tupac?’”

Shipp said he’s been inspired by the experience, and by Shakur’s indefatigable work ethic: He recorded hundreds of songs and made six movies before his death at age 25.

“His mindset was: Get the work done. Time doesn’t wait for no man. You need to be working, especially for the things that you want to obtain and accomplish,” Shipp said. “If you want it and you want to get it, then you’ve got to work hard for it, like Tupac was working hard for it.”

An “All Eyez On Me” sneak peek