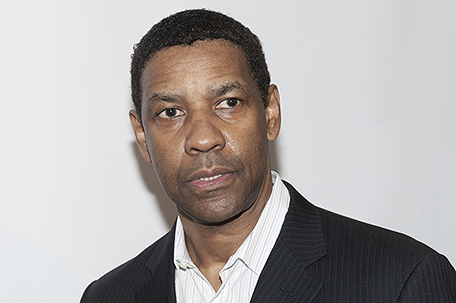 With all that’s happening around us as the year winds down, including some recent shocking celebrity deaths (2016 did not let go of its grip as the worst year ever), perhaps this item was overlooked and could have led to some serious discussions. I’m referring to Denzel Washington and some comments he made last week regarding “colorism” and the casting of Black actresses.

In an interview with BET to hype Fences, when the issue of colorism was bought up by the interviewer, and Hollywood’s tendency to cast lighter skinned black actresses in lead or supporting roles over darker skinned actresses, Washington essentially dismissed the idea, seeming to not even realize what “colorism” is (when the interviewer mentions the word, Washington asks what it means, as if seeking an explanation), making the case that it colorism isn’t always an issue, but also a question of talent, determination, preparation and working hard to get what you want.

As he was quoted: “One of the best roles for a woman of any color in the last, in a good good while or at least any movie that I’ve been in, a dark-skinned woman has in this film [‘Fences’]. So as long as you’re being led by outside forces or just being reactionary, then you won’t move forward. You have to continue to get better… You can say, ‘Oh I didn’t get the part because they gave it to the light-skinned girl, or you can work, and one day, it might take 20 years, and you can be Viola… The easiest thing to do is to blame someone else, the system. Yeah, well, there’s a possibility, maybe, that you’re not good enough, but it’s easy to say it’s someone else’s fault. But there’s a possibility that you’re not ready and you can still blame it on someone else instead of getting ready.” 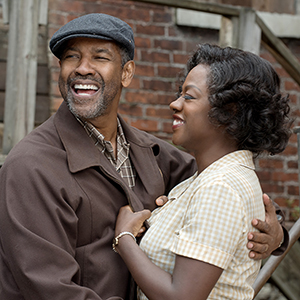 No word from his Fences co-star Viola Davis in reaction to Washington’s remarks, but I’m love to hear what she thinks since she’s been very vocal over the years about Hollywood’s still ongoing problem with colorism. As she said last year in an interview for “The Wrap:”… When you do see a woman of color onscreen, the paper-bag test is still very much alive and kicking. That’s the whole racial aspect of colorism: If you are darker than a paper bag, then you are not sexy, you are not a woman, you shouldn’t be in the realm of anything that men should desire… I hear these stories from friends of mine who are dark-skin actresses who are always being seen as crack addicts and prostitutes.”

And just this year Davis again addressed the issue when she won the Screen Actors Guild Award for Outstanding Performance by a Female Actor in a Drama Series for her role in ABC’s “How to Get Away with Murder”. She thanked Shonda Rhimes and the producers of the show for hiring someone who looks like her to play the lead and for creating a “sexualized, mysterious woman to be a 49-year-old, dark-skinned, African-American woman who looks like me.”

And even Washington himself also acknowledged that colorism was a disadvantage for dark-skinned actresses in an interview he gave a few years ago talking about the advice he gave to his daughter when she expressed an interest about pursuing an acting career (while also giving a backhanded compliment to Davis): “You’re Black, you’re a woman, and you’re dark-skinned at that. So you have to be a triple/quadruple threat…You gotta learn how to act. You gotta learn how to dance, sing, move onstage. That’s the only place, in my humble opinion, you really learn how to act… Look at Viola Davis. That’s who you want to be. Forget about the little pretty girls; if you’re relying on that, when you hit 40, you’re out the door. You better have some chops.”

Needless to say Washington’s comments have set Twitter ablaze with many criticizing what he said, as well as the probable bubble he might be living in. And just because Davis is doing well it does not mean that colorism isn’t a key issue in Hollywood (and let’s face it, within the Black community as well) that can hinder an actress’ progress, no matter how hard she works.

Of course Washington made these remarks while promoting a film that he has a lot invested in, and wants to do well, so he’s not going to say anything remotely negative about the industry. And not taking anything anyway from what Davis said, she is an extraordinary actress, but there have been darker skinned actresses in Hollywood who, at any given time, have had significant careers, like Angela Bassett, Cicely Tyson or Beah Richards. Although certainly not many. And one has to also consider career longevity as well as role choices for each.

But one cannot deny that the lighter you are, the more desirable you’re seen (especially in lead roles) in the eyes of casting directors and filmmakers in Hollywood, and that doesn’t seem to be abating anytime soon. And though there are a lot of Black people who want to deny it, the plain fact is that colorism is still very much alive and well among us, and is blunt evidence of our own severe brainwashing and still-nagging internal issues we have about our own self worth. If you don’t love yourself, then you can’t expect others to love you.