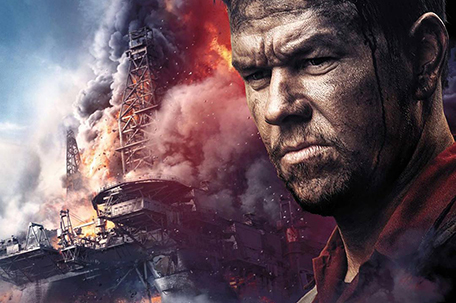 On April 20, 2010, the Deepwater Horizon drilling rig, located 41 miles off the coast of Louisiana, exploded when high-pressure methane gas blew out the drill pipe. 11 members of the crew perished in the ensuing fiery inferno which engulfed the platform.

The accident also caused the worst oil spill in U.S. history, with over 200 million gallons of crude leaking into the Gulf of Mexico by the time the well was finally capped 86 days later. At that point, authorities turned their attention to the question of who was to blame for the mammoth ecological disaster.

There was no shortage of potential villains to sort through, given that the drilling unit had been built in South Korea, was owned by Transocean Limited, a Swiss company, operated under the flag of the Marshall Islands, was leased to British Petroleum (BP) but maintained by Halliburton, an American field service corporation, and serviced by Schlumberger, a Dutch company. Ultimately, the bulk of the blame would be attributed to BP, which would be found guilty of gross negligence and pay billions of dollars in damages to thousands of aggrieved parties.

Directed by Peter Berg (Battleship), Deepwater Horizon revisits the infamous incident primarily from the perspective of the rig’s Chief Electronics Technician, Mike Williams. The picture reunites Berg with Mark Wahlberg with whom he previously collaborated on Lone Survivor.

Wahlberg plays Williams, a working-class hero of unquestioned integrity. As the film unfolds, we find him bidding adieu to his family before departing for a 21-day tour on the Horizon. If only Mike had heeded warning signs like his wife’s (Kate Hudson) premonitions and his daughter Sydney’s (Stella Allen) science project with a Coke can geyser gone kabluey, he might have had the good sense to call in sick.

The same could be said of his colleague Andrea Fleytas (Gina Rodriguez), a mechanic who couldn’t get her car started that same morning. Even the helicopter ferrying them to work experienced an ominous bird strike en route to the platform. And upon landing, they’re greeted by a pal with a macabre skull-and-crossbones emblazoned on his hard hat.

Of far more significance are Don Vidrine (John Malkovich) and Bob Kaluza (Brad Leland), the bigwig BP bureaucrats who begin bullying their employees from the minute the chopper lands on the deck. This clueless pair of villains prove willing to put profits before any safety concerns, so it’s no surprise when the platform’s unstable drill pipe pops its cork.

The spectacular, pyrotechnic calamity which follows affords Mike an opportunity not only to play hero in a sea of fire but to later shame the cowardly culprits responsible in court. A harrowing tale of survival topped off by justice duly being served. What more could you ask for from an action-oriented morality play?