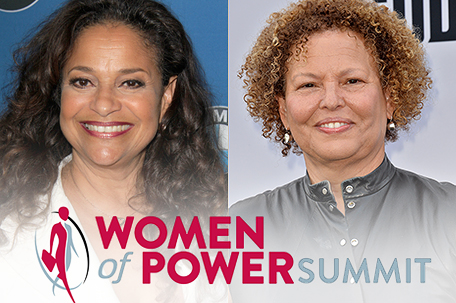 Black Enterprise will present its highest honor in recognition of women’s achievement at the 15th Annual Women of Power Summit 2020, hosted by ADP®, in Las Vegas.

NEW YORK–Black Enterprise will present its highest honor in recognition of the achievements of Black women when it presents the Women of Power Legacy Awards at the 2020 Women of Power Summit on March 5, at the Mirage Hotel and Casino in Las Vegas. The Women of Power Summit is the nation’s number one executive development and leadership conference for women of color, annually attracting more than 1,500 corporate executives, professionals, and businesswomen from around the country.

The Women of Power Legacy Awards recognize the outstanding impact, achievement, and leadership of women in business, the arts, education, government, and other influential areas. Past Legacy Award recipients include the late award-winning film and stage actress Ruby Dee; founder and chairman of Urban One, Cathy Hughes; and trailblazing executive Cynthia Marshall, CEO of the Dallas Mavericks.

Honorees to be recognized at the 2020 Women of Power Summit Legacy Awards Dinner, hosted by PepsiCo, include the following outstanding achievers:

Debbie Allen is an award-winning actor, producer, director and choreographer. She choreographed the Academy Awards a record 10 times. Allen has directed and choreographed for legendary artists such as Michael Jackson, Mariah Carey, James Earl Jones, Phylicia Rashad, Janet Jackson, Whitney Houston, Lena Horne and Sammy Davis, Jr., Allen received the Golden Globe for her role as Lydia Grant in the 1980s hit television series “Fame” and is a three-time Emmy Award winner in choreography for “Fame” and “Motown 25th.” She has been honored with 10 NAACP Image Awards as a director, actress, choreographer and producer for “Fame,” “A Different World,” and “Motown 25,” the Academy Awards and others. Allen has also directed and produced award-winning television, including “Scandal” and “How to Get Away with Murder.” She currently serves as executive producing director of “Grey’s Anatomy,” where she has a recurring role as Catherine Fox.

Debra L. Lee is CEO of Leading Women Defined. Until May 2018, Lee served as the chairman and CEO of BET Networks, the leading provider of entertainment for the African-American audience and consumers of black culture globally. During her tenure, Lee helmed BET’s reinvigorated approach to corporate philanthropy & authentic programming that led to hits such as “The New Edition Story,” “Being Mary Jane,” “The BET Awards,” “Black Girls Rock!,” “BET Honors” and many more. In September 2009, Lee managed the launch of Centric, a 24-hour music and entertainment network. Under her guidance, Centric was rebranded in 2014 as the first network designed for Black women. Lee has been named one of The Hollywood Reporter’s 100 Most Powerful Women in Entertainment and Billboard’s Power 100.

Gale V. King is executive vice president and chief administrative officer (CAO) for Nationwide, a Fortune 73 financial services company with 30,000 associates. In this role, King is responsible for the company’s human resources, corporate real estate, corporate security and aviation functions.  The company has been recognized for its leading human resources practices and as an employer of choice for its strong culture, performance orientation and commitment to diversity and inclusion.

Myrtle Potter is the chief executive officer of Sumitovant Biopharma a new, global biopharmaceutical company based in New York City and London. It is the parent company of five biopharmaceutical companies: Myovant, Urovant, Enzyvant, Altavant and Spirovant. The companies have a robust pipeline of innovative drug treatments targeting a broad range of diseases. Potter sits on the boards of a number of Sumitovant companies, Liberty Mutual Insurance Group and Axsome Therapeutics as well as the board of trustees of the University of Chicago.

“Every year we are thrilled to have this opportunity to pay a well-deserved honor to women who are gifts to the world and committed to empowering other women,” Caroline Clarke, chief brand officer, Women of Power Summit, said.

For more information on the 2020 Women of Power Summit’s agenda and its speakers, visit: www.blackenterprise.com/wps.