After his death, Notorious B.I.G.’s mom becomes his No.1 fan 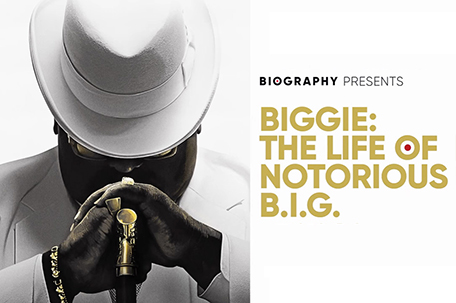 NEW YORK — During the late 1990s when the Notorious B.I.G. emerged as rap’s top performer, detailing street life in Brooklyn on songs and albums that dominated the pop charts, his mother didn’t think much of his music, which she used to call “noise.”

Now, she can’t live without that noise.

Voletta Wallace says after her son died in 1997, she connected with his music and fell in love with Christopher Wallace, the artist.

“I remembered my son said, ‘Don’t listen to my music.’ And I never listened to his music. I heard it on the radio and it sounded good, because it was clean. But I said, ‘You know what, I have to. I have to listen to that music.’ And that’s what I did,” Wallace said in a recent interview with The Associated Press.

“I cried so much that day just listening to the music. I remember I sat, I stood. I rested my head on the stereo and I just cried like a baby. And that was therapy for me. And I said, ‘Oh my God – that was a talented young man to put those words together.’ He had a beautiful voice. I love his voice.”

Wallace details the love for the Notorious B.I.G. as both his mother and No. 1 fan in the new, three-hour documentary, “Biggie: The Life of Notorious B.I.G.” It premiered Monday at A&E.

In the film, directed by Emmy nominee Mark Ford, rap acts such as Jay-Z and Nas discuss B.I.G.’s impact on hip-hop culture, and Wallace said watching those performers speak passionately about her son helped her understand his importance in music, and made her a true fan of rap music.

“(I) appreciate these other artists out there, too – because believe me, they were just people making noises. But now they have a story,” said Wallace, an executive producer of the film.

B.I.G. was shot to death at age 24. His 1994 debut album for Bad Boy Records, “Ready to Die,” sold more than 4 million albums and included the hits “Big Poppa” and “Juicy.” His sophomore album, “Life After Death,” was released two weeks after his death, and sold more than 10 million units. It launched multiple hits, including the No.1 successes “Mo Money Mo Problems” and “Hypnotize.”

“People really genuinely loved B.I.G., you know. Outside of the fact that he was just such an incredible artist and just a genius to be able to do, you know, what he did, he was just a great person,” said R&B singer and B.I.G.’s widow, Faith Evans, sitting next to Wallace.

“(It) seems like the fans love him like we do – and we know they didn’t know him that way – but I think this film really kind of gives them a chance to somewhat know him in that way,” added Evans, also an executive producer of the documentary.

“Every time I watch it I tear up.”

“Biggie” offers a more human side to the man who is arguably rap’s most powerful voice, shedding light on his personality and how he acted away from the music. Wallace said she even learned more about her son after completing the film: “I found out things about my son in this documentary that I never knew. So, it was a healing process for me.”

The film also includes interviews with Sean “Diddy” Combs, Lil Cease and members of rap group Junior Mafia. Lil Kim, B.I.G.’s former mentee and lover, was not part of the film, but Evans said they couldn’t fit in every one.

“If someone’s not in it that someone thought should be, don’t think it’s because we didn’t want them to be a part of it,” she said.

Earlier this year Evans released the album “The King & I,” a duets project with her and B.I.G.’s old verses. Bad Boy Records also celebrated its 20th anniversary with a tour last year, featuring Combs, Evans, Lil Kim, Mase, 112 and more.

Though Wallace has participated in other films about her son, she said “Biggie” is “OUR first documentary.”

“Everything takes time. Nothing happens before the time. There’s a time for everything and this is the time for us to do this documentary,” she said.