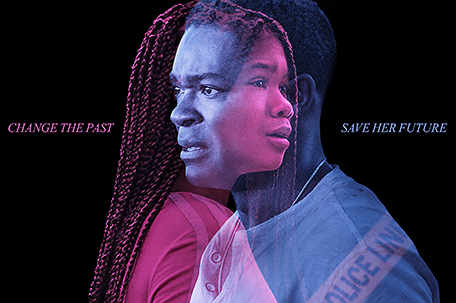 David Oyelowo has done incredible character work consistently throughout his career. He wowed audiences as Louis Gaines in “The Butler,” as Peter Snowden in “Nightingale,” and as Dr. Martin Luther King in “Selma.”.In his newest project, “Don’t Let Go,” Oyelowo is branching out as an action star and a producer.  In  the new film, Oyelowo plays Detective Jack Radcliff, a dedicated officer and incredible uncle to his niece Ashley, played by Storm Reid. After receiving the devastating news that his favorite niece, brother and sister-in-law are murdered, Detective Radcliff gets a call from his dead niece two weeks before her murder. He is tasked with solving her murder before she dies again in her timeline. Oyelowo spoke with the SUN about his role in the film.

Directed by Jacob Aaron Estes, and produced by Blumhouse (“Get Out” and “Us”) Bobby Cohen and Oyelowo; “Don’t Let Go” is sure to keep audiences guessing until the last minute. Oyelowo explained why he was drawn to the script initially.

“I thought it was interesting partly because it was a genre piece,”  he said. “It had certain cinematic elements that I loved in other films like time travel. It’s an action movie, which I don’t get to do a ton of, but the main thing for me was this relationship between my character and his niece in the film. I could really relate to that.”

“Just from a family perspective, I’m someone who, in terms of my children and my wife, would do anything that I could to keep them safe,” he continued. “I just thought it was very intriguing to have both of those elements… the family and the drama elements in the same film.”

There are a number of films that address the idea of time travel. What this film does successfully, however, is add a level of intensity and an unexpected love story in a way that is nuanced and refreshing.

“I think that’s the thing about this film, it has the mementos of other films,”Oyelowo said. “It takes something familiar and then adds something fresh to it. I don’t think there are many narratives that have this kind of relationship between an uncle and his niece. I also think you really get to see South Central Los Angeles in a way that is very rarely seen. It’s normally gang culture, this sort of  criminality and negative stereotypes as it pertains to Black people.”

With this, you get to have a genre piece in that environment, which is very unusual for that setting,” he added. “I’m always looking for things that are familiar for the audiencethat they know what they’re getting, and something fresh that they don’t expect.”

Oyelowo did his due diligence in fully embodying Detective Radcliff. He shared his process to developing and becoming the character.

“I found an actual detective from South Central Los Angeles, from the southwest division, which is the division where my character was based,” he said. “I shadowed him, I did ride alongs with him, I recorded and studied him… just so that I could really have a person to bring authenticity to what I was doing. Jacob and I and the other producers also worked really hard to make sure that the script was all working. Time travel movies are notoriously difficult to make make sense. Then once we had the wonderful Storm playing her role, it was about building that relationship off camera and on, so that it all worked together.”

“Don’t Let Go” also stresses the importance of trust. In the film, the audience experiences multiple characters completely trusting each other, even when sanity screams that its illogical to do so.

“One of the great things for my character is that we see him in a state of disbelief as to what’s going on, then the acceptance of what’s going on, and then he has to go through the same process with his niece over the phone,while gently getting to the point where he can reveal this to her,”,he explained. “By the time he does that over the phone, we really get a sense of just how much love and trust there is between these two people. Let’s face it, anyone getting that kind of phone call would feel it’s farfetched… there’s no way! That’s a huge amount of trust.”

In addition to this film brilliantly balancing drama and time travel while highlighting a love that the restraints of time itself can’t stop,“Don’t Let Go” also serves as another example of people of color branching out as content creators in genres that have not always welcomed their creativity. Oyelowo shared his thoughts on the importance of not only being an actor but a producer and content creator.

“It’s a huge privilege and something I’ve been wanting to do for a long time,” he said. “Blumhouse has paved the way with “Get Out,”“Us” and now “Don’t Let Go.”.They’re a company that have really figured out that if you allow creative people to do the thing that they are passionate about, it can lead to really great films.”

“They are one of the few companies to make films for a lower budget, but that means you get creative control,” he continued. “They’ve given a platform to people of color and underrepresented groups to get in there to make films that actually make money and that audiences want to see. I really hope that it’s something other studios, other financiers and other production companies take note of.”

Oyelowo ended with his hopes for audiences.

“I hope that they see themselves in my character and Storm’s character,”he said. “I hope they are able to relate to the idea of wanting to save someone they love, and that being the central idea of the film.”

Fans of David Oyelowo can also look forward to seeing him in his directorial debut, “The Waterman,” which is currently in post-production. In the interim, fans can follow him on Instagram at:@davidoyelowo. “Don’t Let Go”opens in theaters nationwide on Friday, August 30th… it’s a must see!