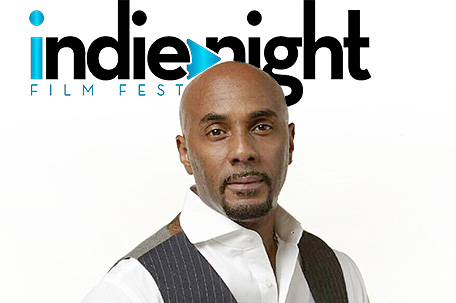 The film industry is one of the most challenging fields to break into. The combination of gatekeeping, nepotism and the sheer numbers of competition make it very difficult for people to have their work seen.

Philadelphia native, producer and actor Dave Brown is changing the landscape with Indie Night Film Festival. Brown founded the weekly film festival 10 years ago to give aspiring filmmakers exposure and an opportunity to showcase their work in front of industry professionals. The weekly festival is held at the legendary TCL Chinese Theatre in Hollywood.

Brown spoke with the SUN about the inspiration for creating his festival, what he hopes it will provide for emerging talent, and what he plans to do next.

Brown’s love for storytelling led him to Morehouse College where he became a film major.

“We didn’t have a film department back then,” Brown said. “We had to take our undergrad classes and then go over to Clark Atlanta University and take our film classes there. My major was film and theater — that’s when the love for filmmaking started. Being a film student, you had to do a short film before you graduated. I did a short film and a lot of others. I saw a lot of great short films, but it’s, like, what do you do with them afterwards?”

The answer to that question was in part the catalyst for Brown founding the Indie Night Film Festival.

“I got to LA in ‘92,” he said “I started out as an actor and was very fond of the filmmaking game as an actor, writer and overall. I used to go to this place called Doboy’s Dozens. There was a guy by the name of Eugene that started that, may he rest in peace. It used to be a lot of greats there — it used to be reel to reel. We used to sit on beanbags and watch these films and they were great. Eugene passed away and there was a void — there was nothing to fill it. “So I said, ‘I’m going to do a weekly film festival.’”

The concept of a weekly film festival was foreign to many, but Brown remained steadfast.

“They told me I couldn’t do it,” he said. “They told [me] a weekly film festival would never work and I said why? They said because you’ll never have enough films — film festivals are once a year. My rebuttal was why should you have to wait once a year to be seen and there’s all this work in between? Here we are 10 years later giving everyone an opportunity to show their short films, web series, trailers, documentaries and full features. The common goal is to get to the big screen so why not start on the big screen? When you see your work as a writer, director, producer or an actor on the big screen, that gets your juices flowing to become that much more creative.”

The Indie Night Film Festival not only helps budding talent gain exposure, but also offers a roadmap for how to handle rejection and navigate the business.

“I show films, but I also give lessons for how to be in Hollywood and the things you have to look for,” Brown said. “Imagine being dropped into Hollywood and not knowing who to turn to or where to go. You can’t just walk in and say, ‘Here’s my script.’  No, you hear it so much — when you go to auditions, when you’re presenting your films, when you’re writing and as a director. I tell people all the time, no means next opportunity. Don’t get hung up on ‘no’ and think I have to stop —  no means let’s keep moving. I try to give an education.”

Part of the education Brown shares with aspiring filmmakers is the importance of networking and making connections with peers in the industry. His network of friends includes Morris Chestnut, Robi Reed (one of the biggest casting directors in the business), Jamie Foxx and more.

“I had already been in the industry for such a long time, I already knew everybody,” Brown said.  “When I asked them to come down, they would do that. It’s been a blessing to have those colleagues that you’ve known for so many years say I’m behind you. Not only that, I knew that by reaching out to the film world, there were a lot of people out there that had short films, trailers, documentaries and full features. We always do this thing in all careers where we always want to network up, but we don’t network across. If we understood how to network across, you have your writers, directors and DP right there with you. I tell everybody [that] you’re going to meet someone today in this room, you’re going to work with them later in life and say you met them at Indie Night Film Festival, because this is the type of community we give them.”

In addition to community, Brown offers a “no boundaries” approach for the festival, all genders, nationalities, ethnicities and genres are welcome.

“My filter is no color lines number one,” Brown said. “Filmmaking is art. Art has all different colors in it. If you take all the paint and just throw it on the board, it’s going to come out great. We do action, comedy, drama and horror. — You have to give everybody the opportunity to grab it. When you love filmmaking, you grab the people around you and say, ‘Let’s create.’ When you have a lot of people that are lovers of the art, you create and everything falls in line.”

Brown continues to push the dial further, expanding his reach and the opportunities that Indie Night Film Festival offers.

“I’m going to take Indie Night to different cities,” he said. “I’m going to do it in Miami, Atlanta, D.C., Chicago, New York, and we have to do Philly. We’re also going to San Francisco and Dallas and we’re going to do it once a month. I have my great friend Morris Chestnut who’s going to be hosting it. We’re going to be the “American Idol” for films, so you become a celebrity in your city. The great films we’ll take to Hollywood and show at the Chinese Theatre.”

The 11th season of Indie Night Film Festival is underway and is accepting submissions. To keep up with Dave Brown and the incredible work he’s doing, you can follow him across social media platforms @DaveBrownUSA. If you’re interested in submitting your work or finding out more about Indie Night Film Festival, visit: www.indienightfilmfestival.com and follow them across social media platforms @indienightff.