The CW is developing a period crime drama series based on real-life Black detective, Samuel Marlowe 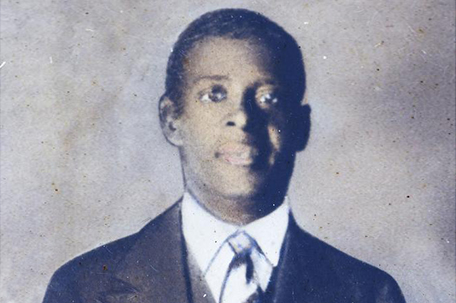 On the heels of the “Network Diversity Scorecard” report published on this blog yesterday that rated The CW one of the worst among the Big 5 (ABC, CBS, Fox, NBC, The CW), comes news today that, currently in development is a period crime drama inspired by the real-life black private investigator, Samuel Marlowe, who was the inspiration for author Raymond Chandler’s famed fictional character Philip Marlowe, who’s been played in film adaptations, by several actors over the decades, from Humphrey Bogart to Robert Mitchum.

The real Samuel Marlowe allegedly was the first black private detective licensed by the city of Los Angeles in the 1930s. He was a Jamaican immigrant and World War I veteran, and is said to have corresponded with writers Raymond Chandler and Dashiell Hammett for decades. He was born in 1890, in Montego Bay, Jamaica. According to an LA Times obituary, he served in Britain’s Egyptian Expeditionary Force, a World War I fighting brigade that guarded the Suez Canal. After the war, Marlowe immigrated to the U.S., settling in Los Angeles, where he became a private detective.

The CW drama based on Marlowe’s career is described as “a character-based procedural with a modern feel and contemporary soundtrack,” although it’ll be set in 1937 Los Angeles. “Marlowe” will follow Samuel Marlowe “from the mansions and red carpets of Beverly Hills, to the jazz clubs and back alleys of “Little Harlem,” where he navigates crimes, mysteries and social issues ripped from today’s headlines through the prism of 1937 Los Angeles,” says the press release.

The project is still in early development, and so whether it’ll eventually make it to a TV screen near you, courtesy of The CW, isn’t a guarantee. But should “Marlowe” indeed become a series for the network, it would become The CW’s first with a Black character central.

Let’s hope it makes it through to the finish line; time to play, who would you cast as Marlowe? Given that it’s The CW, there’s a strong likelihood that the character is under 40 years old. The CW’s audience skews younger. So your casting choices are limited to black male actors under 40, or can play under 40.