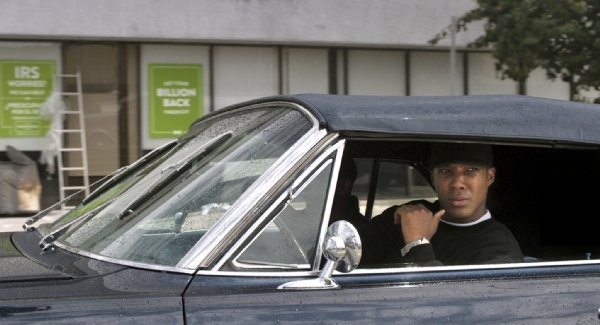 Born in Washington, DC on October 22, 1988, Corey Hawkins studied acting at Juilliard before making his big screen debut in 2012 opposite Bow Wow in Allegiance. The next year, he appeared in Iron Man 3 with Robert Downey, Jr., and in Non-Stop with Liam Neeson the year after that.

Here, he talks about his breakout role playing Dr. Dre in Straight Outta Compton, a biopic about the legendary rap group NWA.

KW: What interested you in Straight Outta Compton? Were you a fan of NWA?

CH: Absolutely! I was definitely a fan of NWA growing up. I was a fan of their music because it hit so close to home. I grew up in the DMV [Washington, DC metropolitan area]. I always liked their music and honest music in general.

KW: How did you approach playing Dr. Dre? Did you consult him for pointers?

CH: I spoke with him every day. He was on set every day. He didn’t want me to imitate him or mimic him or do an impersonation. He didn’t want me to stare at him and watch how he moved. Because of my training, he was willing to trust the craft. He just wanted me to capture what NWA spoke to in terms of their lyrics and in terms of what they were representing as young black artists coming out of Compton.

KW: I recently interviewed Ving Rhames, who also graduated from Juilliard. Are you also an advocate of studying acting?

CH: Definitely! In fact, Ving and I spoke at the premiere, and he was very supportive of me and very positive about the movie. He’s a great guy! And, yes, I am an advocate of what I did as far as training, especially as an African-American in this business. It’s getting better, but there’s still that stigma that we can only do one thing. I hope to break down that barrier and play whatever type of character in whatever genre of picture I’m interested in. But you need the versatility to be able to do that, and the versatility comes through your training. I think Juilliard was a great playground for that, because you could be open to anything. It was very disciplined, so you know, technically, how to get to where you need to get to.

KW: It also helps when you have colorblind casting being encouraged by people on the others side of the camera like writer/producers like Shonda Rhimes.

CH: Yeah, Shonda… and the writer on Gabrielle Union’s show, “Being Mary Jane”, Mara Brock Akil. There are so many different writers and producers behind the scenes who are pushing for us now. That’s what we need more of, the people creating the stories. We can’t expect others to write our stories. That’s where I hope to get one day, and I look at Cube [Ice Cube] as a mentor now, because I see what he’s done with this film. Straight Outta Compton isn’t just any old rap biopic, but a story about complex characters, and that’s what you get onscreen. 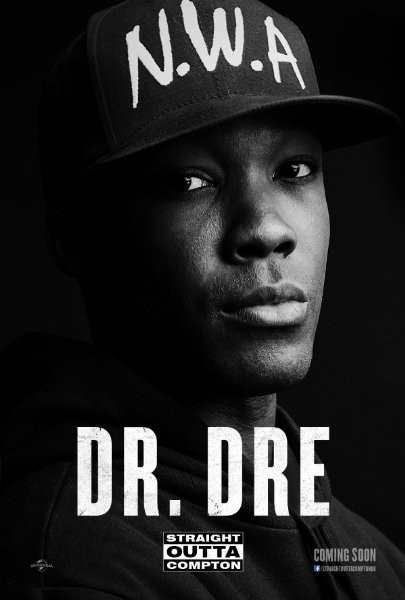 KW: The film is also very timely, given its focus on police brutality and the recent rise of the Black Lives Matter movement. Is that a lucky coincidence or divine intervention?

CH: It might be divine intervention, Kam, because this script had been circulating for the past 13 years. It’s sad that the issue is still relevant. Being a black kid in Compton, you shouldn’t feel like you’re living in a war zone. As the society devotes more attention to the issue, I think police officers are starting to see what’s going on a little more clearly. Hopefully, this film will continue the dialogue, because we definitely attack the subject without letting up, in the same way N.W.A. attacked it back then with the record “Straight Outta Compton.”

CH: It might sound like a cliché, but what we really want is for people to feel inspired. If you look at what the people we portray in this movie accomplished and where they came from, I hope people take away that you can achieve anything. I hope it inspires young kids growing up in inner-cities like I did to make positive choices in the circumstances they were given. You feel this movie. You feel L.A. You feel the humiliation. You feel the pride. You root for them. You laugh. You cry. You really go on a ride without even knowing it. I love seeing everybody’s reaction to it, whether they’re black, white, Latino or Asian. It’s such a powerful story.

CH: I don’t think so. I’ve been getting a lot of different questions.

CH: I actually can’t cook. [Laughs] I wish I could. I’m mostly a carry-out kind of guy, ordering pizza and stuff.

I was also reading “The Circle” which is sort of a commentary on the dangers of social media today. It’s a very powerful novel.

CH: A human being. A young, smart, dedicated, driven person that African-Americans can be proud of.

CH: Everybody in my family. That’s how we operate. We all love each other unconditionally. We fight, we argue, but we love unconditionally at the core. That’s what makes family family. And I can’t say one loved me more than another.

CH: I remember singing in church. My grandmother was very heavily involved in the church. I loved the theatrical nature of church, too. That might have contributed to my going into acting.

CH: That’s another good question. These are the ones nobody’s been asking. I’m the same person.at home and on the red carpet, although I’m a little more shy at home.

CH: Discipline and a willingness to work harder than anyone else.

KW: Thanks again for the time, Corey, and best of luck with the film .

To see a trailer for Straight Outta Compton, visit: https://www.youtube.com/watch?v=-F5WcFPDzko