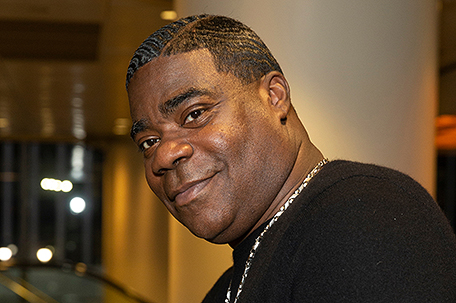 LOS ANGELES  — For Tracy Morgan, hosting The ESPYs is personal. It’s not just another gig to the comedian.

The star of TBS’ “The Last O.G.” presided over Wednesday night’s show honoring the past year’s top athletes, performances and achievements. It airs live on ABC from Microsoft Theater in Los Angeles.

“The main reason I really wanted to do it is the fight against cancer,” Morgan said in a recent phone interview, explaining that his grandparents and former wife, Sabina, died of the disease. “I have an opportunity to fight their cause and I’m all in.”

Besides the laughs, The ESPYS raise awareness and funds for the V Foundation for Cancer Research. It’s the charity founded by ESPN and the late basketball coach Jim Valvano at the first show in 1993. The cable sports network has helped raise nearly $97 million for the V Foundation in 26 years.

“We’ll have a great time, but the most important thing is Jim Valvano. I’ll never forget watching him at the ESPYS,” Morgan said. “We forget sometimes the cause, we enjoy being there, but we got to understand the reason why we’re there. It’s an opportunity to give back. I’m in service to others.”

As a teenager, he met Mark Breland when the 1984 Olympic welterweight champion brought his gold medal to their shared Bedford Stuyvesant neighborhood and “all the kids running around touching the medal,” he said.

“I was born into it,” he said. “I was told that my grandmother ran track against Wilma Rudolph in the Olympic trials and lost because she was pregnant with my dad.”

Last month marked five years since Morgan’s life-changing accident on the New Jersey Turnpike when the minibus he was riding in was rear-ended by a Walmart truck. The crash killed friend and fellow comedian James McNair.

He said his charitable attitude isn’t the result of the accident.

“I’ve always been like that,” Morgan said. “My father survived Vietnam. He told me the only way out of the darkness is to be in service to others. That’s why I do comedy.”