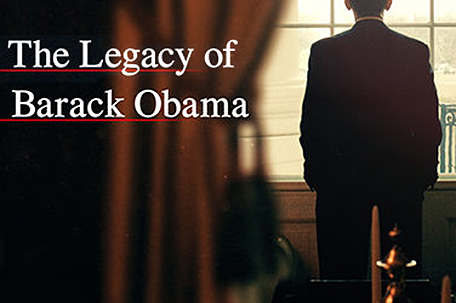 CNN will explore the tenure of America’s 44th president in a two-hour special, the network has announced.

Premiering Dec. 7 at 9 p.m. ET/PT on CNN and CNN International, “The Legacy of Barack Obama” will feature CNN’s Fareed Zakaria exploring some of the President’s most successful and disappointing policy bets, while examining the gridlock that impacted the first African American president’s tenure.

The CNN-produced one-off will also highlight the President’s myriad accomplishments in the face of racial strife and staunch opposition, including marriage equality for gay Americans, securing the nuclear deal with Iran and resurrecting the global economy; as well as the issues he was unable to address, including comprehensive healthcare coverage and the failure to close Guantanamo Bay.

Zakaria will also investigate the initiatives under threat as President-elect Donald Trump sets to take over the Oval Office, from race relations to gun regulation to the war on ISIS and closed borders.

Featured in the two-hour special are candid interviews with Obama and others in his cabinet, including Senior Advisors David Axelrod and Valerie Jarrett, presidential historian Doris Kearns Goodwin, former White House Chief of Staff Rahm Emanuel, former Treasury Secretary Timothy Geithner and Secretary of State John Kerry, among others.

“The Legacy of Barack Obama” will also livestream via CNNgo’s desktop and mobile apps. The special will encore on CNN in the U.S. on Dec. 8 at 12 a.m. ET/PT.