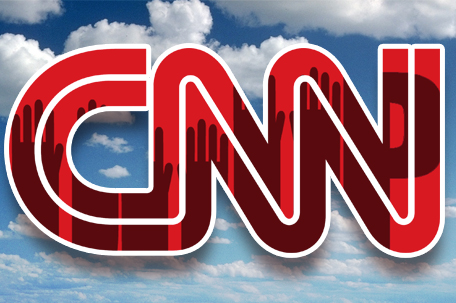 As reported by the Huffington Post last week, four of CNN’s hosts are at the center of fiery criticism after boldly expressing their support of protests associated with the deaths of Michael Brown, an unarmed black teenager that was gun downed by a Ferguson, Missouri police officer, and Eric Garner, an unarmed black male that died after being put in a chokehold by a NYPD police officer.

During a Saturday afternoon broadcast, three of CNN’s hosts expressed solidarity with protesters after rolling footage of activists marching in the streets of New York and Washington D.C. Sally Kohms said, “We want you to know that our hearts are out there marching with them.” Mel Robbins and Margaret Hooper, joined their co-host’s support of the demonstrators by also raising their hands, demonstrating the “hands Up Don’t Shoot” gesture, which has now been made famous due to the many protests that have broken out around the country.

In addition, Sunny Hostin, another CNN host, held up a sheet of paper with the words “I Can’t Breathe” written on it, the now famous last words of Eric Garner before he died.

CNN tries to pride themselves in being a “straight news” source, different from their competitors: MSNBC and CNN, who are both known for their heavy political slants. While CNN has several shows that allow for opinions from commentators, for the most part, CNN mounts itself as being the place where news consumers can supposedly get “partial and balanced news.” Media watch dogs are calling the CNN’s hosts show of support for the protestors during a “straight news” segment as being irresponsible and inappropriate.

The Michael Brown and Eric Garner issues have introduced new questions that must be answered by today’s news outlets.

Should news professionals be able to weigh in and share their opinions on hot button issues during broadcasts?

Or should the news anchors and hosts leave it up to commentators to provide analysis and opinions on news stories?

There’s no doubt that this, as well as other hot button news stories, will definitely influence how news is packaged and delivered in the future.