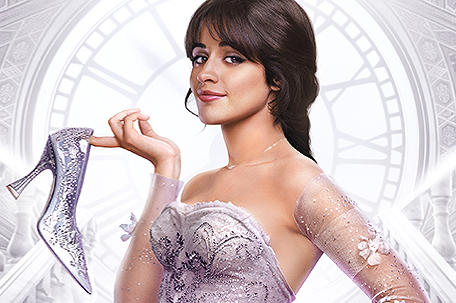 “Cinderella” is a classic fairytale. In the original story, the kind and beautiful Cinderella, loved by animals and humans alike, becomes an orphan after her father dies. As a result, she is left under the care and to the devices of her evil stepmother and rotten stepsisters. We’ve seen the story reimagined in books, animation and in live action form.

The latest adaptation is Amazon Prime’s  “Cinderella,” directed by Kay Cannon. Cannon’s “Cinderella” takes the story that fans of romance and musicals know and love and gives it an exciting makeover.

Based on an original idea by James Corden, who also serves as a producer for the film, this rendition of  “Cinderella” is a modern take on the classic story, where Cinderella dreams of sharing her handcrafted fashion designs and dresses with the masses. Unfortunately, the antiquated world she lives in demands that women stick to the stereotypical roles that have been relegated to forever. With that, their only hopes for success are determined solely by who they marry.

Cinderella is not the only one who suffers from the effects of these gender roles — so does the fully capable Princess Gwen, who has innovative ideas to change the kingdom for the better. Those ideas are constantly ignored, and she is silenced as King Rowan tries to force Prince Robert into keeping with tradition — a notion he also wishes to reject.

It is not until Cinderella meets the charming Prince Robert that she has the opportunity to see her designs on someone other than herself. In the end, audiences will recognize the growth in all of the characters. In a refreshing twist, both the women and men are able to pursue their dreams which directly oppose what is considered the norm.

Through the use of satire and song, “Cinderella” exposes how tradition and outdated gender roles often overshadow rationale and hinder societal growth. With elements reminiscent of “Hamilton” and “In The Heights,” “Cinderella” has all of the elements that fans of rom coms, fairytales and musicals will love.

The soundtrack is amazing! Not only will audiences get original songs like “Million To One,” sung by Cabello, they will also enjoy performances of popular songs with outstanding choreography sequences. The film opens with “Rhythm Nation” and goes on to renditions of “You Gotta Be,” “Somebody to Love,” “Am I Wrong,” “Perfect” and an unbelievable performance of Earth, Wind & Fire’s “Shining Star” where Porter’s charisma and vocal agility truly shine.

“Cinderella” has comedy, love, friendship and the underlying theme that following one’s own path, come what may, is always worth it! The film opens in select theaters and will be available to stream on Amazon Prime beginning September 3. It’s a must see!