Chris Noth out at ‘The Equalizer’ amid sex assault claims 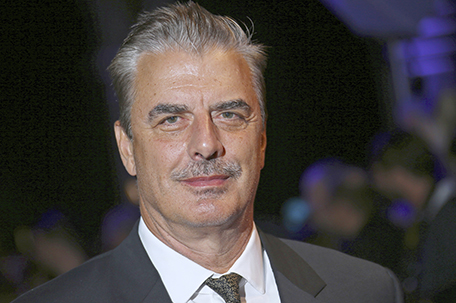 ABOVE PHOTO: Actor Chris Noth poses for photographers upon arrival at the British Independent Film Awards in central London, on Dec. 2, 2018. Noth has been accused of sexually assaulting two women in separate encounters that took place in 2004 and 2015, according to a report in The Hollywood Reporter, Thursday, Dec. 16, 2021. Noth, 67, who starred in “Sex and the City” and appears briefly in its newly released sequel, “And Just Like That…,” said in a statement to the Reporter that the encounters were consensual. (Photo by Joel C Ryan/Invision/AP, File)

LOS ANGELES — Chris Noth will no longer be part of the CBS series “The Equalizer” in the wake of sexual assault allegations against the actor.

Universal Television and CBS made a joint announcement Monday that Noth would no longer be part of filming “effective immediately.”

Noth has played a former CIA director on “The Equalizer,” which stars Queen Latifah. Noth will appear in at least one upcoming episode.

Noth’s representatives had no immediate comment on “The Equalizer” decision.

Two women accused Noth of sexual assault in a story reported last week by The Hollywood Reporter. Noth vehemently denied the allegations, which date back to 2004 and 2015.

“The accusations against me made by individuals I met years, even decades, ago are categorically false. These stories could’ve been from 30 years ago or 30 days ago — no always means no — that is a line I did not cross,” Noth said in a statement to the Reporter.

One of the women who accused Noth of assaulting her said his reprisal of his Mr. Big character on the “Sex and the City” sequel “And Just Like That…” prompted her to speak out about the actor.

Noth’s demise in the first episode of the show led to widespread attention.

Series stars Sarah Jessica Parker, Cynthia Nixon and Kristin Davis issued a joint statement Monday on social media saying they were saddened by the allegations against Noth but supported his accusers.

“We support the women who have come forward and shared their painful experiences,” a statement signed by the three read. “We know that it must be a very difficult thing to do and we commend them for it.”

Second City CEO steps down amid claims of racism at theater