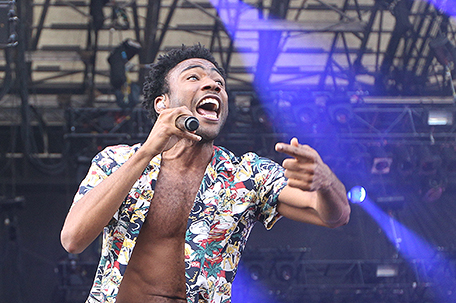 Gambino is the Grammy-winning alter-ego of Donald Glover. His new video has gotten a lot of attention on social media since its weekend debut. A smiling, shirtless Gambino dances throughout most of the video, but that image is juxtaposed with that of him shooting a hooded Black man in the head and gunning down a Black choir.

He sings: “Yeah, this is America/ Guns in my area/ I got the strap/ I gotta carry ’em.” At other points in the song he addresses a Black man’s place in the world.

At the video’s end, he appears to be chased by a White mob.

Glover’s Emmy-winning FX show “Atlanta” has its Season 2 finale Thursday and he plays Lando Calrissian in “Solo: A Star Wars Story,” in theaters on May 25.