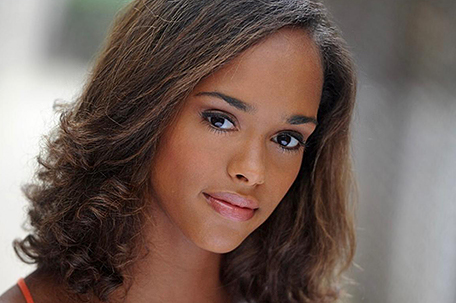 Everyone loves a story of triumph; the legend of Princess Anastasia is one for the ages. Based on the 1997 film, “Anastasia” tells the story of the royal family of Romanov in St. Petersburg Russia. During an invasion of the castle, the majority of Romanovs are killed. Anastasia is shot during the invasion when she returns to retrieve her music box — a priceless gift from her grandmother, the Dowager Empress, who recently moved to Paris. Anastasia re-emerges as an orphan named Anya with amnesia. The remainder of the story follows Anastasia’s journey to Paris on her quest to find out who she truly is and where she belongs.

Chester Springs local Kourtney Keitt joined the cast of “Anastasia” taking on several roles. Keitt spoke with the Sun about her journey to landing the role, her enthusiasm for performing in the backyard of her hometown and the importance of diversity in the theater world.

Keitt’s love affair with the performing arts began at age three. She spent summers coming into Philadelphia to see musicals at The Academy of Music and dancing at The Rock School for Dance. Though her initial focus was dance, over the past three to four years Keitt made the transition to theater. She shared her auditioning experience.

“It was quite a long journey for me,” Keitt said. “Before I was in “Anastasia”, I wasn’t in the actors equity rotation… I wasn’t in the union.  I was just doing regional theater, auditioning and trying to book stuff like this. I kept getting really close and not making it quite till the end.

I went to every single casting call for two months before getting the role. I had my final audition for dance and the singing audition with the people that were in the cast. When I found out I got it, it was a huge deal for me. This is my biggest show that I’ve gotten so far and I got to join the union.”

Keitt, who plays Tatiana Romanov (Anastasia’s sister), Dunya and a number of ensemble cast members, described the show as “kind of a melting pot between the animated version and a little bit of history, mixed with the interpretations of the writers.” In addition to the rich story, Keitt shared her enthusiasm for performing at The Academy of Music.

“Getting to do a tour and getting to perform in such iconic houses is a big deal. Obviously The Academy of Music is a huge deal for me, because I grew up watching my idols on that stage and now I get to dance on the stage!”

Keitt also shared her perspective on the importance of representation and diversity in the theater world.

“I also think it’s really important for children of different ethnic diversities and African American backgrounds to see representation… there’s not a lot of it.” Keitt stated. “In the performing arts world that can sometimes fall a little bit short. It’s been really rewarding to hear feedback from parents and young people that come and say it’s so refreshing to see people of color in the cast. I know how much that meant to me growing up, seeing people that I could identify with on stage and noticing how few I would see on stage. Diversity and representation is really important. The fact that I am a person of color and I get to be one of four princesses in Russia is a big deal. That’s been exciting!”

Keitt also spoke about the importance of accountability in maintaining diversity and eliminating tokenism in the casting process.

“We’re seeing more representation and moving in the right direction. I think it’s because honestly the industry can’t get away with it anymore.  You don’t get to just have the token person of color in the cast anymore without being called out by reporters, reviews or audiences,” Keitt said. “People will come to a show and it doesn’t have to be a “Black show” to have more than one or two Black people in it. It’s great to be in shows that promote one certain culture like “The Color Purple” and “Once On This Island,” but it’s not great to be put in a box where it’s the only thing I have available. I shouldn’t have to choose from “The Color Purple” and “Once On This Island” to be on a stage.”

She added, “It’s a tough line to balance where you’re proud to be in these shows, but it’s like am I only getting this opportunity because it’s so blatantly obvious that they have to cast people of color? That shouldn’t be the first parameter… That shouldn’t even be on the list. There’s no reason not to be inclusive anymore.”

“Anastasia” is a timeless story that will resonate with a variety of audiences in both story and song.

“The Day I Pray You” Keitt describes as, “a beautiful moment of solidarity in the cast. It puts you in a place in reality, where everyone in the show in this moment is saying goodbye to their home to move to a better place. I think that is symbolic of where we are in this political climate. It could hold weight in so many different ways for many people.”

Keitt shared her hopes for the audience after seeing the show.

“When we first started the show, we were told that this show was for everybody and it’s true”, she said. “The big tagline is “home, love, family.” This is a story about hope, not giving up, perseverance and finding your path without falling into where people think you belong. I think it should give the message to not just fall into the mold because it’s easy. Anya never gives up on finding what’s right for her, so never give up. If you don’t find the answers you want, you’ll never regret trying. That’s true for any person, of any age, gender or background.”

To keep up with Kourtney Keitt and support her on her journey, follow her on Instagram at @kourtney_lk. “Anastasia” will be at The Academy of Music, Tuesday, April 9 through Sunday, April 14 ,as part of the 2018-19 Broadway Philadelphia Series. Visit: http://kimmelcenter.org/ for more details on tickets and showtimes.