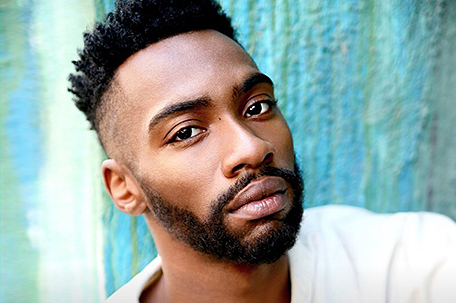 “Jagged Little Pill,” the title of Morissette’s third studio album, serves as the inspiration behind the Broadway musical adaptation of the same name. Under the direction of Tony Award winner Diane Paulus, with music and lyrics by Morissette and Glen Ballard, “Jagged Little Pill” follows the life of an American family, set to the soundtrack of Morissette’s music. The production premiered at American Repertory Theater (A.R.T) in Cambridge, Massachusetts. The pre-Broadway world premiere marked the highest-grossing and longest-running production in A.R.T’s history, with 79 sold-out shows from May 5-July 15, 2018.

“Jagged Little Pill” began previewing at the Broadhurst Theatre on November 3, 2019 and opened officially on Broadway on December 5, 2019. The Grammy and Tony Award-winning musical was nominated for 15 Tony Awards (more than any other musical in its season) and won for Best Book of a Musical. Although “Jagged Little Pill” concluded its Broadway run on December 17, 2021, the production is currently on the road with its first national tour. Baltimore native Charles P. Way is gracing the stage in the production as a swing. Way spoke with the SUN about the lessons that “Jagged Little Pill” has gifted him and what he hopes the show will offer to audiences.

“I learned about this musical called “Wicked,” Way said.. “My friend was telling me about Elphaba and her long cape and I said, ‘I have to see this.’ I told my grandmother and she said, ‘We’ll find a way.’ As it turns out, it was coming to D.C. and there was a Black Fiyero. I said, ‘Oh my God, I have to be Fiyero — this is the dream. I have to do this.’ Ever since then, I’ve been hooked.”

Way’s love for performance and dance specifically brought him to Philadelphia, where he finetuned his gifts at the University of The Arts.

“I was concentrating on becoming a ballet dancer,” Way said. “My hero was Desmond Richardson, and a lot of people said we favor each other. I started doing my research and realized this guy’s career is off the charts. He’s done a little bit of everything, including musical theater. I started to open up my mind to not just focusing on one thing. You can take your career in so many directions and still concentrate on what you love.”

After taking a production contract on a cruise ship to save money to move to New York, Way learned that his dream dance company, Cedar Lake Contemporary Ballet, closed. That news prompted him to return to musical theater.

“I lost the ability to pursue that dream, so I took a few years to figure out what I wanted to do,” Way said. “It wasn’t until I started getting back into singing again that I realized this is what I really love to do before I really wanted to dance.”

“I thought,‘Why not put all these things that I’ve been learning — acting, singing, dancing — under one umbrella? Where can I do that? Oh, wait — musical theater,” he added with a laugh.

“I got a self-tape request to audition,” Way said. “I managed to get in at the last second. I said, ‘If it’s for me it’s for me, it’s in God’s hands now.’ I got an email the next morning at 8:30 a.m. asking me to be at this in person call at 11. Scrambling to get ready, I put on all the wrong clothes. I had never seen the show before, but I heard so much about it. I went in and it was great. I loved the movement and I started to really fall in love with the music. I came in, did the dance, danced my butt off and through the skinny legs and terrible shoes, I managed to somehow make it to the next round. They asked me sing and to do the sides. I remember telling them, ‘I just got this material this morning — I’m not off book whatsoever, but I will do my best.’ They said, ‘Go into the other room, look it over after everyone is gone, we’ll bring you back in. I studied it, put my soul in it, and I guess it was enough, because here I am.”

Way not only booked one role in “Jagged Little Pill,” he takes on several roles and challenges as a swing and the assistant dance captain in the jukebox musical.

“Swinging has been the most challenging aspect of this show… swing brain is so real,” Way said. “There are certain things that I do not remember, because my head is filled with so much information like, ‘Where does this person go? What note are they singing? What’s happening over here while this is also happening over there?’ That’s been the most difficult part —  just keeping all the information and integrity of the show.”

The integrity of the show, paired with the complexities of the characters, allow performers and audiences to fully immerse themselves in “Jagged Little Pill.”

“The show is equally as entertaining as it is a constant flow of pure moments of introspection. It really makes you think about how you are,” Way explained. “You’re looking at these fictional characters that are obviously somehow based in truth and you feel connected to them. You see little glimpses of yourself in them. I feel like with the story, book, and the music it’s really easy to get wrapped up in all of this.”

Before starting the show, the cult classic “You Oughta Know” was Way’s favorite Morissette song. He has since fallen in love with “That I Would Be Good.”

“I’ve gotten to really get into the show,” Way said. “That I Would Be Good” hits in a way that is so intimate for the individual that’s listening and watching. It’s an incredible song —  emotionally it touches me every single time.”

In addition to an incredible soundtrack and dynamite performances, “Jagged Little Pill” gifted Way with an opportunity for personal growth.

“My favorite part about this tour is that I feel like I’ve grown as a performer, a person and a leader,” Way said. “All around I feel like this show has really helped me to grow and shape myself into someone I can be proud of.”

“Jagged Little Pill” also offers audiences an opportunity for growth by using the power of performance art to illuminate biases and to open people’s minds to various perspectives.

“When we first started rehearsals, on day one we had a seminar about breaking biases, and I think that’s so important with this show,” Way said. “Just being aware of your biases, because sometimes we don’t even know that we feel a certain way about subjects until we’re face to face with them. Then it’s, like, ‘Wait, I’m actually very uncomfortable about this topic or this person because of whatever learned behavior or prejudice that I didn’t even know that I have, particularly with drug addiction and things like that.”

In addition to the pride Way feels about the lessons “Jagged Little Pill” offers audiences, he also expressed his gratitude and excitement about returning to Philadelphia.

“It’s almost as glorious as coming back to Baltimore, my home, which is where we are now,” Way said. “Philly is like my second home. I grew so much while being at UArts in those fouryears. I wasn’t the same person from when I started to when I ended, and I’m definitely not the same person from when I ended to now coming back. I’m also getting a chance to perform now at an even bigger house, which is incredible.”

Be sure to follow Charles P. Way on IG @charlespway. To support Way’s music, follow his Spotify page WAYMNT. “Jagged Little Pill” will be at the Academy of Music from January 3 – 15, 2023. For more information on tickets and showtimes, visit: www.kimmelculturalcampus.org.