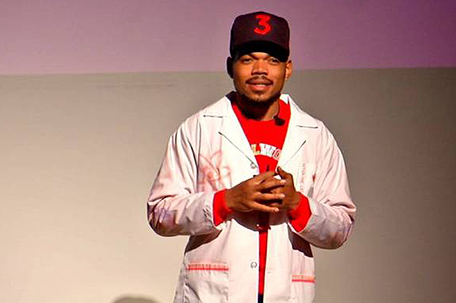 ABOVE PHOTO:  Chance the Rapper

The Chicago native announced the news during his second annual summit for his nonprofit SocialWorks on Thursday, which he streamed live via Twitter.

To start, six different mental wellness providers will receive $100,000 grants in Cook County, Illinois. Chance called the new initiative “My State of Mind,” which will serve as a mental health resource for Chicagoans. Summit attendees included members of the Illinois Health Department of Human Services and Chicago Department of Health.

“We need a new space to get information on how they feel and where they can go,” Chance said.

According to Mental Health America, the state of Illinois ranks #11 in overall mental health resources. The list was compiled by grading different factors including:

But when you look at access to health care for adults, Illinois drops down to number 22.

Since the 1960s, the number of beds in Illinois’ state-run psychiatric hospitals has decreased to fewer than 1,500 from 35,000, according to the National Alliance on Mental Illness. The latest closures in 2012, including the Tinley Park center, coincided with Chicago shuttering half of its 12 mental health clinics.

Indeed, mental illness has been effectively criminalized in Illinois. Currently, the largest mental health hospital in Illinois is not even a hospital — it’s Cook County Jail.