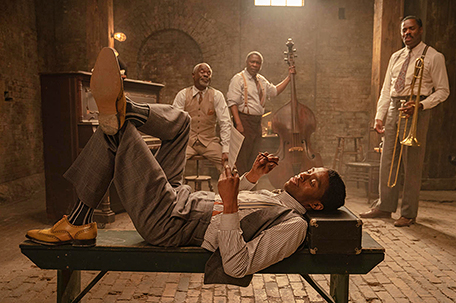 Original song: “Husavik” from “Eurovision Song Contest: The Story of Fire Saga”; “Fight for You” from “Judas and the Black Messiah”; “Io Sì (Seen)” from “The Life Ahead (La Vita Davanti a Se)”; “Speak Now” from “One Night in Miami…”; and “Hear My Voice” from “The Trial of the Chicago 7.”

Cinematography: “Judas and the Black Messiah”; “Mank”; “News of the World”; “Nomadland”; “The Trial of the Chicago 7.”

Documentary short subject: “Colette”; “A Concerto Is a Conversation”; “Do Not Split”; “Hunger Ward”; “A Love Song for Latasha.”

Film editing: “The Father”; “Nomadland”; “Promising Young Woman”; “Sound of Metal”; “The Trial of the Chicago 7.”