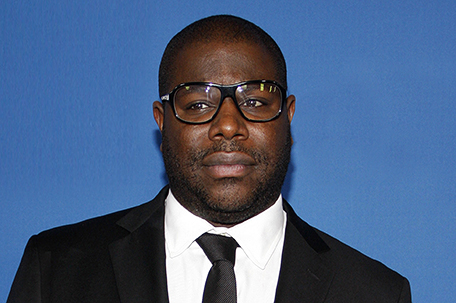 McQueen, a filmmaker and Turner Prize-winning video artist, was presented with the British Film Institute Fellowship — the organization’s highest honor — by Michael Fassbender. The Irish actor has appeared in all three of the director’s feature films – “Hunger,” ‘’Shame” and “12 Years a Slave.”

Fassbender called McQueen, whose movies have tackled subjects including starvation, addiction and slavery, “a rarity – both a sensitive and a dangerous man.”

He credited Britain’s previous system of free higher education for giving him the freedom to “explore, experiment and make mistakes.” Students now face thousands of pounds a year in tuition fees.

“It seems that freedom is being slowly eroded,” McQueen said.

The 60-year-old London festival has sought this year to encourage diversity in the film industry, opening with Amma Asante’s “A United Kingdom.” A tale of interracial love and politics inspired by real events, it marked the first time that a Black female director has held the prestigious opening slot at the festival.

As well as hosting premieres and red-carpet galas, the festival gathered performers, producers and filmmakers to discuss why Black actors remain underrepresented onscreen in Britain and the United States.

The director is known for moving, minimalist dramas including “Wendy and Lucy” and “Meek’s Cutoff.”

The 12-day festival screened some 250 documentary and fiction features across London.