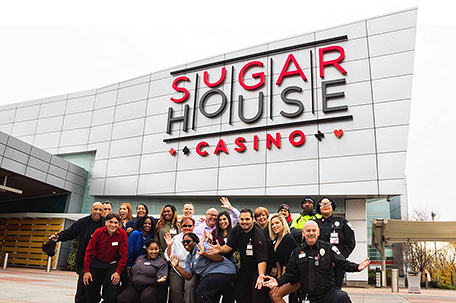 Philly’s casino rings in 2019 with a party, parade and pyrotechnics

From the first fireworks on New Year’s Eve to the last strut down Broad Street on New Year’s Day, SugarHouse Casino is proud to be, once again, the presenting sponsor of Philadelphia’s two most incredible celebrations: the fireworks on the waterfront and the Mummers Parade. Guests can also enjoy a special prix fixe, year-end dinner at Hugo’s Frog Bar & Chop House before an epic party to ring in 2019 in The Event Center.

Watching the fireworks on the waterfront is one of the most popular festivities the river sees each year. SugarHouse is proud to present not one — but two — New Year’s Eve displays on Monday, Dec. 31, at 6 p.m. and midnight, with outstanding views from the casino. The shows, approximately 15 minutes each in length, will light up the night against the beautiful backdrop of the illuminated Benjamin Franklin Bridge when viewed from SugarHouse. The fireworks can be viewed all along the Delaware River, including from the Blue Cross RiverRink Winterfest. 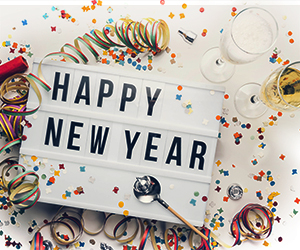 On Tuesday, Jan. 1, beginning at 9 a.m., the annual Mummers Parade marches down Broad Street. The 119th edition of the Mummers Parade makes it the longest-running New Year’s Day celebration in the country and one of Philadelphia’s oldest traditions. This will be the eighth consecutive year that SugarHouse Casino has served as the title sponsor for the New Year’s Day parade.

SugarHouse is also providing a free Mummers shuttle to and from the parade route on New Year’s Day from 8 a.m. to 5 p.m. The shuttle will run a continuous loop from the casino to the intersection of 15th and Arch Streets before returning to SugarHouse. The shuttle is available for Rush Rewards card members who are 21 years or older.

Celebrate New Year’s Eve at Philadelphia’s most enjoyable party on Monday, Dec. 31, starting at 10 p.m. The Rockets, a seven-piece, high-energy band provide the music, while SugarHouse offers a three-hour premium open bar, a complimentary champagne toast at midnight and more.

Party tickets are $100, while limited VIP tickets, with access to the patio for fireworks viewing, are $150. Please visit SugarHouseCasino.com for more information and to purchase tickets.

Close out 2018 by enjoying a special New Year’s Eve dinner at Hugo’s Frog Bar & Chop House on Monday, Dec. 31. The casino’s high-end steak house is offering a prix fixe, four-course menu that includes surf and turf, chocolate mousse and a champagne toast. The special is priced at $175 for two and runs from 2 p.m. to 1 a.m.