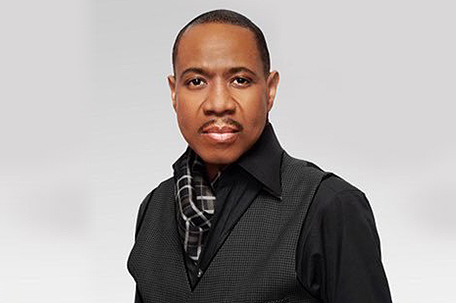 Freddie Jackson has been a staple in the music industry since the early 1980’s. Known for his smooth vocals, and songs like “Jam Tonight,” “You Are My Lady,” and “Rock Me Tonight (For Old Time Sake),” he remains a favorite for R&B lovers everywhere.

Jackson’s newest project — “Love Signals” — gives his fans the dynamic vocals they are accustomed to, but is also extremely personal. In the album, Jackson offers his perspective on a number of issues regarding the current state of humanity. Jackson has a lot to celebrate with a new album, a recent move to New Jersey, an upcoming Mother’s Day concert and a new lease on life. He spoke with The Sun about his journey thus far.

Jackson’s newest album “Love Signals” is the culmination of experiences he’s wanted to express in his music for quite some time. While the enticing soulful melodies remain, Jackson took somewhat of a different approach on this album.

“I’m very proud of this album,” Jackson said. “I finally dug into some places in songs like “Find My Way” and found my way back into the crazy music industry of today. I wasn’t sure if I really wanted to be a part of what’s going on with music and radio. There was something about this song when I heard it that made me say, ‘Freddie, you just can’t stop, because there are people who really need and want you to deliver the soul that they can’t get elsewhere.’ So I put my big boy pants on, picked up my cross and went to the studio. Then “Love Signals” came, which is just about us needing more love in the world.” In the song “Find My Way,” Jackson sings, “ I can’t truly be everything I am, so I’ll just pretend…to go about my day like everything’s ok. Before it’s too late, I’ve got to find my way.”

In addition to addressing the pressures of people pleasing and rediscovery of self, Jackson discusses the importance of protecting our youth in “Save the Child.”

“The children are suffering,” he said. “I woke up in New York one morning and the news was all about child abuse and people harming innocent babies and children. I just can’t fathom this and I thought, ‘who in the world is going to protect these innocent babies? Who is going to save the child who has no voice?’ Those words kept coming to me and then this melody. All the proceeds for that song go to a foundation we’re starting called the Save the Child Foundation. Children need someone to [tell] them I love you.”

In addition to new music, Jackson is celebrating life, and a new appreciation for the importance of self-care after some recent health challenges.

“I went through a health situation. Guys never want to go to the doctor. A lot of guys are like, I’ll just take a pill and keep moving. I neglected my insides for a minute, and that did a little damage by me not paying attention. I started on this major crash diet and thought that’s why I was losing weight. But I was doing damage to my kidneys… they started almost failing. Kidney function is very important”, he stated. “But I thank God it was caught in a place where it was not colonic. Medicine is an incredible thing. I walked into the hospital at 122, now I’m at a healthy 165. God is incredible!”

In an effort to maintain his health and peace of mind, Jackson also traded in the busy streets of his hometown New York for a more quiet life in New Jersey.

“I can be back to 34th St. in a heartbeat. When I start missing New York, I just go to 30th Street Station and say ‘ticket please’! I get off at 34th Street, smell the air, then say ‘take me back to Voorhees,’” he said with a laugh. “My family and die hard friends are in New York and of course Harlem is my heart and soul… but we all make changes. I needed a change. I needed peace of mind. I needed to not hear ambulances, police sirens and yellow cabs. New York is expensive and it’s a pace where if you don’t keep up, you’ll be knocked down. The quiet in New Jersey… I’m loving every minute of it.”

Though things are a little more laid back in New Jersey, Jackson is showing no signs of slowing down. He shared his excitement about his upcoming Mother’s Day concert at The Keswick Theatre.

“The Mother’s Day show is happening this Sunday at the Keswick Theatre at 7pm,” he said. “I’m going to be singing to all the mothers and die hard Freddie Jackson fans. We’re going to try to do this annually… spend Mother’s Day with Freddie Jackson. I’m a mommy’s boy, and since my mother is not here anymore, I get a chance to be in a room full of that motherly love. It’s like my mother is embracing me from the heavens above.”

Jackson is currently working on new music with his band Jutaun that he can’t wait to share with his fans. To keep up with all things Freddie Jackson, visit his website: www.freddiejackson.net or follow him on social media at: @mrfreddiejackson. His music is available for download on all music platforms. The Freddie Jackson Mother’s Day concert with special guest Meli’sa Morgan, will take place at The Keswick Theatre Sunday, May 12th at 7pm. For more information and tickets visit www.keswicktheatre.com.