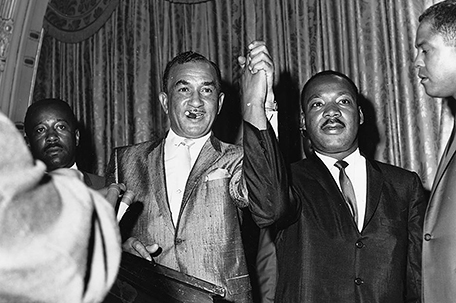 ABOVE PHOTO:  Cecil B. Moore with Rev. Dr. Martin Luther King Jr. in the sixties.

Those who have been fortunate enough to call themselves residents of the city of Philadelphia may be familiar with the name Cecil B. Moore. However, few understand the weight that this former NAACP Philadelphia chapter president carries in this city.  As time goes on, the less the name will resonate with city dwellers other than describing the street or the Broad Street line subway stop named in his honor. 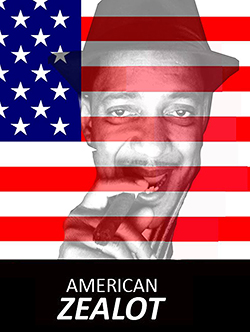 This is where filmmaker Tigre Hill makes his entrance.  The Pittsburgh native is no stranger to controversy with his 2006 feature-length documentary “The Shame of a City,” which chronicles the 2003 Philadelphia mayoral race and the manipulation that came along with it.  This go round, Hill is working on production of a biopic that goes into detail about the outspoken and steadfast former city councilman titled “American Zealot.”  Although typically tight lipped about the projects he is working on, Hill spoke with me about aspects of the film so I can give the readers the scoop.

At the time the filmmaker was introduced to the life of Cecil B. Moore, Hill was working on organized Mafia crime documentary “The Corrupt and The Dead.”  As he was deep in the archives at Temple University, Philadelphia activist Will Mega gave Hill the book “Cecil City” and said, “This guy Cecil B. Moore is a movie waiting to happen.”  As Hill did more research, he discovered that the man had accomplished much more in his life than just being a head facilitator in the integration of Girard College.  “He was a Montford Point Marine, one of the first black Marines and fought in World War II in the Pacific,” Hill discovered.  “He wanted to take rights after his experiences in the Pacific.” This quote by the civil rights activist couldn’t make that fact any more clear, “I don’t want any more than a White man has but I won’t take any less.”

While he should be praised for his outstanding efforts in raising the status of the Black middle class in Philadelphia, the man had his demons, and “American Zealot” seeks to express the multifaceted man.  He incessantly drank, Old Grand Dad being one of his favorite vices. A young Philadelphia Inquirer reporter discovered this fact at a peculiar meeting.  Jerry Mondesire was summoned by the councilman to a meeting at Buddy’s Bar at 10 a.m. one morning.  Cecil B. Moore wanted to meet the young black reporter, as he was interested in writing memoirs chronicling his life.  Moore ordered four fingers of scotch and asked Mondesire if he wanted the same.  Mondesire noted the time and declined as he had work to be done.  In fact, Mondesire was the first person Tigre went to when thinking of writing the biopic. 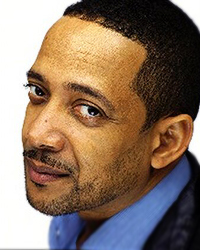 Over time, Moore’s constant drinking would catch up to him.  No matter the pain he was suffering with in his personal life, “He worked through the controversy to achieve a great deal—more than just Girard College,” said Hill.

“I was attracted to the story because Cecil was a different type of civil rights story,” Hill said.

Actors include Christopher Mann (Michael Clayton) who will play Cecil. Cynda Williams (from director Spike Lee’s She’s Gotta Have It)  will play C. Delores Tucker and Scott Greer (from Theatre Exile’s “Rizzo)” to name a few of the film’s cast.

This is a film that seeks to challenge those who know of the activist to reconsider their perceptions of the man and those who are unaware to experience the life and times of Cecil B. Moore as his tale is not a typical one of civil rights leadership.  “American Zealot” is set to be released in 2017.