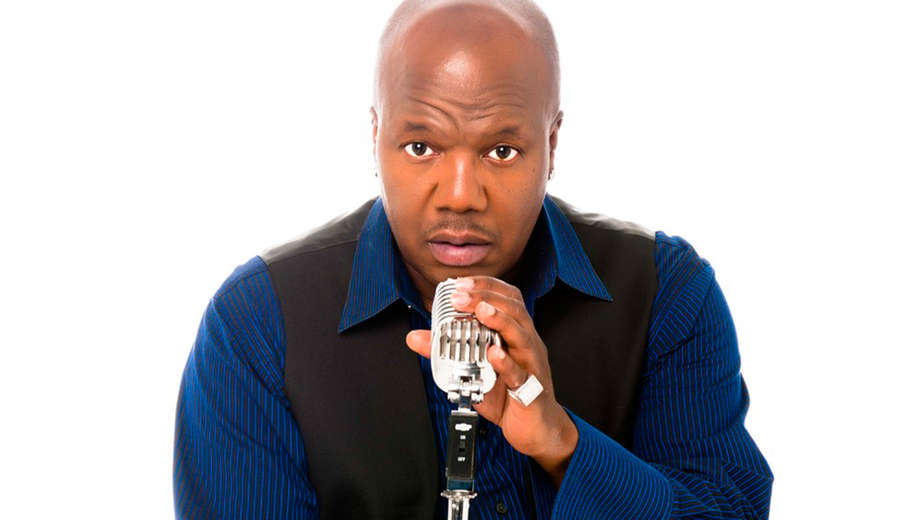 By Kharisma McIlwaine
Earthquake is a name that has been well-known and respected in the world of comedy since the 1990s. Born Nathaniel Stroman, in Washington D.C., Earthquake spent 11 years serving our country in the Air Force, earning the rank of sergeant. After leaving the military, he began pursuing a career in comedy. He eventually took on the name Earthquake to give himself a fighting chance and a memorable name in the comedy world.

Earthquake began his career doing standup, and has made countless appearances on HBO, BET, Showtime, Comedy Central, and The View at the personal request of Whoopi Goldberg. Over the past three decades, he has branched out to various other mediums of entertainment, lending his comedic genius to everything from voice acting in animated films like “Barnyard”, to reoccurring roles like Uncle Mike in “Everybody Hates Chris”. Now fans of Earthquake can see him on prime-time television, in his latest guest role on CBS’s “The Neighborhood”.

Earthquake sat down with the SUN to talk about his guest appearance on “The Neighborhood”, longevity in the business and what we can look forward to seeing from him next.

“The Neighborhood”, stars Cedric The Entertainer as Calvin Butler, Tichina Arnold as Tina Butler, Max Greenfield as Dave Johnson and Beth Behrs as Gemma Johnson. “The Neighborhood” tells the story of Dave and Gemma who move into a predominantly Black neighborhood next door to Calvin and Tina, and all of the cultural and generational differences between the two couples as each side attempts to adapt. Earthquake spoke about his character in episode 7 entitled “Welcome to the Barbershop”.

“My character is Que. I own the neighborhood barbershop. Dave comes down and hangs out in our sanctuary, and he’s well received”, Earthquake said. “You know from your brother, your father, your cousins… that’s where we go… to the barbershop. For African-Americans, the barbershop is right below Jesus… it’s like the church. We get our gospel on, we have our debates about sports, we talk about the hot topics and just get a feel for what’s going on while we get a haircut. The character Dave comes down and introduces himself into the sanctuary in a new neighborhood and he visits the neighborhood barbershop as a guest.”

Part of what makes the storyline of “The Neighborhood” so interesting, is the dynamic cast. Earthquake spoke about working with the cast and crew of the show.

“I’ve worked with Ced (Cedric the Entertainer) not in film, but countless times in stand up and he’s been one of my dearest, closest friends for over twenty years. Working on the show was outstanding. Tichina is a friend of mine also. I worked with her on “Everybody Hates Chris”. I played her brother on that show and so we were reunited back together again”, Earthquake said. “The cast was great, the crew was great, the director was great… I had a ball. It was a blessing!”
After accomplishing so much in his career, Earthquake attributes his success to remaining grounded and humble.

“It’s been humility more than anything and understanding that you’re not special”, he said. “What you do is special, but you as an individual are not special.”

Earthquake shared his hopes for wanting to return to “The Neighborhood” and also what he aspires to do next in his career.

Given his body of work, and the work he continues to do in every facet of entertainment, Earthquake will inevitably have his own show. He is currently juggling multiple projects and allowing his passion for comedy to be channeled through a number of outlets.

“One of my passions is doing radio. I have my own radio show on Kevin Hart’s “Laugh Out Loud” SiriusXM Channel 96. It’s called “Quake’s House”. It’s on 1-3pm PT, 4-6pm ET Monday through Thursday. I love doing radio and I’d like to continue to tour and maybe host my own talk show.”

In addition to hosting his own radio show, and continuing to do voice acting and guest appearances, Earthquake will go on tour with Mike Epps on “The Platinum Comedy Tour”. He is also working on another show called “The South Side”. “The South Side”, which will air on Comedy Central, February 2019, shines light on a vibrant neighborhood of African-Americans on the south side of Chicago. The show is aiming to quench some of the stereotypes and bad press that Chicago is usually associated with.

Fans of Earthquake can also be on the lookout for him on an upcoming episode of “The Real”. “Welcome to the Barbershop” already aired on CBS on Nov. 12th, but. if you missed the episode live, you can watch the episode on the CBS website www.cbs.com. Be sure to follow all the exciting things Earthquake is doing on his website https://www.quakeshouse.com/ and on social media @therealearthquake.

How Chi McBride changed the direction of CBS’ ‘Golden Boy’

Germantown welcomes a ‘Happy’ new edition to the neighborhood