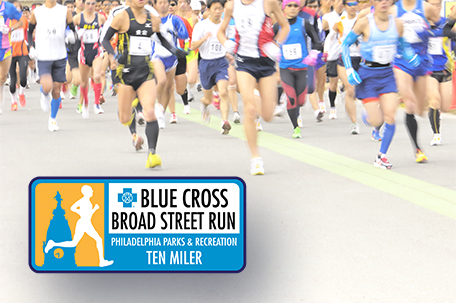 Tweet it: Join CBSPhilly and the City of Philadelphia for the 35th Annual Broad Street Run cbsphilly.com/broadstreetrun

The City of Philadelphia Department of Parks & Recreation and CBS Radio Philadelphia are proud to announce a partnership for the Blue Cross Broad Street Run, taking place May 2-4. The five local radio stations will provide marketing, media and programming support as well as secure sponsorships for the famed race to grow the event “Beyond Broad Street.” This marks the run’s 35th Anniversary.

“The megaphone the CBS Radio stations and CBSPhilly.com bring to the event is unparalleled,” said Michael DiBerardinis, Deputy Mayor for Environmental and Community Resources, Commissioner Philadelphia Parks & Recreation.“They have a proven track record working as close business partners with some of the City’s most iconic events such as the Stotesbury Cup Regatta and the Philadelphia Flower Show. We are excited to have them as partners.” 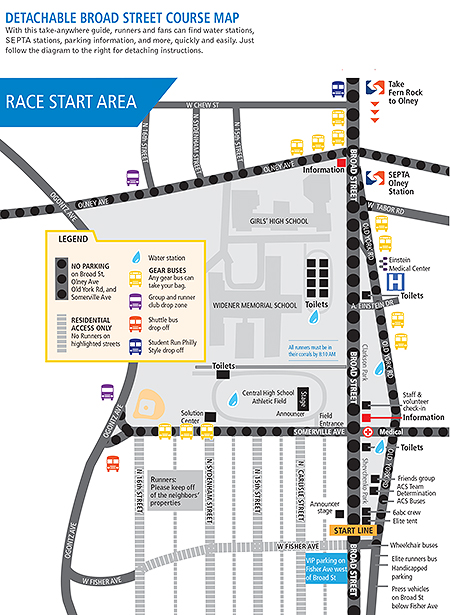 Fans of CBS Radio’s Philadelphia stations, including KYW-AM, WPHT-AM, WIP-AM, WIP-FM and WOGL-FM, will be exposed to a wealth of content across the cluster’s on-air, online and social media platforms.

“The Blue Cross Broad Street Run is one of the most iconic events in Philadelphia that brings such energy to the City,” said Marc Rayfield, Senior Vice President/Market Manager, CBS Radio Philadelphia. “We are excited to be a part of this event, and provide the Blue Cross Broad Street Run with the power of our voices and sales & marketing expertise. There is unlimited potential to grow the run even bigger.”

Fans of CBS Radio’s Philadelphia stations, including KYW-AM, WPHT-AM, WIP-AM, WIP-FM and WOGL-FM, will be exposed to a wealth of content across the cluster’s on-air, online and social media platforms. Additionally, through its relationship with the Philadelphia Phillies, new features and exhibitions will be available at the Blue Cross Broad Street Run Health & Wellness Expo, presented by Einstein Healthcare Network. Appearances by the Phillie Phanatic, Gary “The Sarge” Matthews, Chris Wheeler, and the Phillies Ball Girls will be new to the expo which takes place at the Pennsylvania Convention Center. The Expo hours are Friday, May 2 from 11 am to 7 pm and Saturday, May 3 from 9 AM to 6 PM.

CBS Radio Philadelphia stations are also assisting in raising the bar at the Finish Line at The Philadelphia Navy Yard, now branded as The Blue Cross Broad Street Run Festival, on Sunday, May 4. This will be an interactive and entertainment-filled atmosphere with enhanced food and beverage options for the whole family. Kids can join in the racing fun with Kids Dashes, record a KYW Newsradio Kidcast, jump in the moon bounce, get their faces painted, and more. There will also be special appearances from the Philadelphia Phillies and Philadelphia 76ers.

Additionally, the festival will feature “Taste of the Broad Street Run” with Chef Marc Vetri and his Alla Spina restaurant. Joining Alla Spina will be Aramark serving up many ballpark favorites. A portion of the proceeds from the Taste will support Parks & Recreation’s Health & Wellness initiatives.Both events are free and open-to-the public.

The Phillies will also offer race participants, families, friends and spectators a special chance to see the Phillies take on the Washington Nationals at Citizens Bank Park during the Race Weekend. If you would like to take advantage of the exclusive ticket offers, please visit the following link: www.phillies.com/broadstreetrun – Use Log In Password: BSR

Another great option is private transportation partner Uber, who is offering a $25 free voucher for all first-time users during Race Weekend. uber.com/go/BROADSTREET14