CBS’ Miller to speak at University of New Orleans graduation 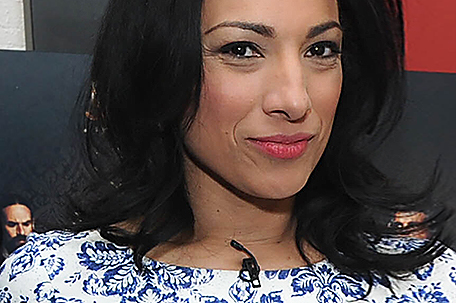 ABOVE PHOTO: Michelle Miller (Photo by Diane Bondareff/Invision for the Television Academy/AP Images)

NEW ORLEANS — CBS television journalist Michelle Miller will be the keynote speaker next month at the commencement offor the University of New Orleans, where she earned a master’s degree in urban studies.

The Los Angeles native, who worked at CBS affiliate WWL-TV in New Orleans, will speak at undergraduate ceremonies May 21, the university said in a news release.

“We are so excited to welcome Michelle back to campus,” university President John Nicklow said. “She has traveled the country and the globe, reporting on some of the most important news events of our lifetime.”

Miller, who earned her bachelor’s degree in journalism from Howard University, is now a co-host of “CBS Saturday Morning” and a contributor to other CBS News programs.

Miller has won awards including an Emmy for her series of reports on the National Guard’s Youth Challenge Academy and an Edward R. Murrow for her coverage of a day care center stand-off in New Orleans. She was part of the Alfred I. duPont–Columbia Award-winning team for coverage of the school shooting in Newtown, Connecticut.

In 2019, Miller won a Gracie award for her reporting on the hidden world of sex trafficking in “‘48 Hours’: Live to Tell: Trafficked.”

“Our graduates will benefit from her experience and insight,” Nicklow said. “As an alumna of the University, she is a fantastic role model for all Privateers.”