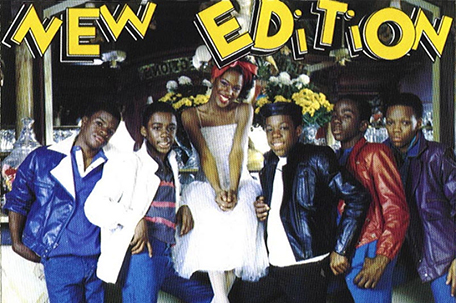 BET Networks recently announced its upcoming programming schedule for BET and Centric at its annual Upfront presentation, including new original scripted series, movies, as well as reality series, and the network’s returning hits.

“We have developed a deep and authentic relationship with our audience over the last 36 years, and it is that genuine connection that has allowed BET to expand into a global multiplatform brand. This year, we are committed to reaching far beyond the television screen and continuing to deliver more of the premium content that our audiences have come to expect,” said Debra Lee, Chairman and CEO, BET Networks. “With BET being more accessible across more platforms, we are creating a powerful 360 degree experience for our audience to interact with the BET brand like never before.”

In terms of original movies, there’s the previously-announced New Edition biopic – although it’s more of a miniseries – in collaboration with Jesse Collins and his production company. 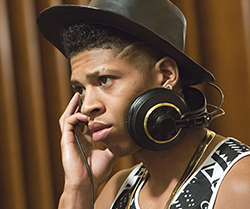 The currently-untitled miniseries, which will air over three nights, will see New Edition members Ricky Bell, Michael Bivins, Ronnie DeVoe, Johnny Gill and Ralph Tresvant and Bobby Brown signed on as consultants and co-producers for the film.

“It’s been a long time coming and that time is finally here! Now that we have signed the deal, New Edition’s journey will be captured in a three night miniseries to tell our life story through our very own eyes. We are happy to have New Edition Enterprises collaborate with BET Networks’ Debra Lee and Stephen Hill along with Jesse Collins Entertainment. From our beginning in the Orchard Park Projects in Boston to Hollywood and everything in between, just like The Temptations and The Jackson Five—we are ready to retrace our footsteps and show everyone how we got here. For the fans all over the world, this one’s for you,” New Edition says.

“Personally, my relationship with New Edition goes back to being among the first to play ‘Candy Girl’ on my college radio station, so I’m ecstatic that BET is the place where the guys wanted to come to tell their complete, dynamic story,” said Stephen Hill, President of Programming, BET Networks. “Everyone’s been waiting for the New Edition saga to be told in all its triumphs and heartbreaks and we can’t wait to bring it to the screen.”

Jesse Collins added: “New Edition’s music is woven into the fabric of our culture. When I brought the idea to BET years ago, I wanted to create a film that would tell the story of how New Edition emerged into one of the most important groups of its generation. I am so grateful that Stephen Hill and his team are giving Jesse Collins Entertainment the opportunity to chronicle the lives of these music icons.”

New Edition’s longtime manager Brooke Payne will also serve as a co-producer. With a script by Abdul Williams (Lottery Ticket), the untitled film is slated to begin shooting next month, with Chris Robinson (ATL, “Real Husbands of Hollywood”) directing, for a 2017 bow.