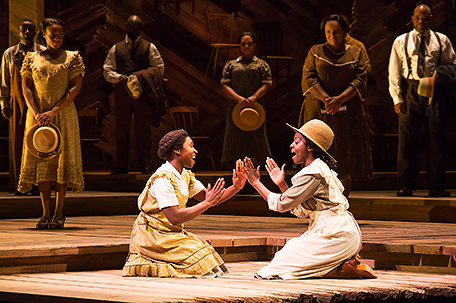 ABOVE PHOTO:  Cynthia Erivo and Joaquina Kalukango in The Color Purple on Broadway. (Photo by Matthew Murphy)

Philadelphia has always been known as a haven for the arts. The city’s arts scene has continued expanding its reach and scope in recent years. There has been a surge in the number of Broadway productions staged here in recent years. This is largely due to the Broadway Philadelphia Program at The Kimmel Center. Fran Egler, Director of the program, was eager to share what’s in store for Philadelphia for the 2017 – ‘18 season. 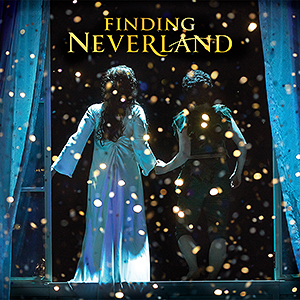 Last year’s Broadway Philadelphia season included Tony-Award winning shows like “An American in Paris,” “Wicked,” “Motown,” and audience favorites such as “The King and I,” and “Mamma Mia!”  The 2017 – ‘18 season has even more shows that Philadelphia theater goers will certainly enjoy. “We know that Philadelphia likes the best of Broadway, and as soon as possible.

It’s fun to be able to present the array and the diversity of shows we have.” Egler said.  From “Finding Neverland,” which is sort of a romantic work on how “Peter Pan” was created, to “Aladdin,” to “Something Rotten,” which is a crazy new musical set in the 1600s with Shakespeare as a rock star. We try to offer the best of touring Broadway in Philadelphia, so people can see what they see on Broadway as close to home as possible. “We really have something for everyone next year,” Egler continued.

We have the amazing revival of Alice Walker ‘s novel“The Color Purple,” and “Waitress,” the original musical written by Sara Bareilles based on the film. Another musical-based film is “School of Rock,” Andrew Lloyd Webber’s first new musical in several years with kids on stage playing rock and roll.”

In addition to the stellar season scheduled for 2017- ‘18, Broadway Philadelphia will bring the 11-time Tony award winning production “Hamilton” to Philadelphia for the 2018- ‘19 season. Unfortunately, highly sought after tickets like “Hamilton” have been out of reach for many. The Kimmel Center spends months selecting shows that will appeal to the Philadelphia audience. Thankfully, a large portion of that selection process takes pricing into consideration, so that everyone  –regardless of their budget — has access to Broadway shows in Philadelphia.

Egler said, “Everything is very accessible. We do have an array of ticket prices on different nights. Whereas it can be a challenge economically for people to see the shows, we try to work with audiences to try to get them an entry level price point so they can experience Broadway.”