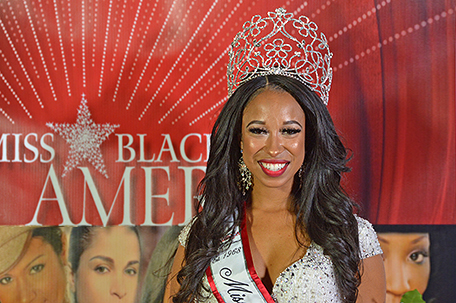 Lewis is a 27-year-old native of Atlantic City, New Jersey. She is currently a Ph.D. student in the History Department at George Washington University on a fully-funded five-year scholarship. She represented Washington, D.C. and was crowned Miss Black America 2017-18. She completed her undergraduate studies at Temple University with degrees in Broadcast, Telecommunications, and Mass Media and African-American Studies.

While at Temple University she was the Vice-President of Golden Key International Honor Society, Vice- President and Program Chair of Alpha Kappa Alpha Sorority, Inc., a general member of the National Council of Negro Women and Co-Captain for Temple University’s Competitive Dance Team. Lewis was also a member of Temple University’s Honors Program. She left the judges and the pageant audience in amazement with the uniqueness of her talent, she performed a jazz dance to a self-produced electronic track laced with vocals of Nina Simone. She also won the Miss Black America Best In Projection Award. 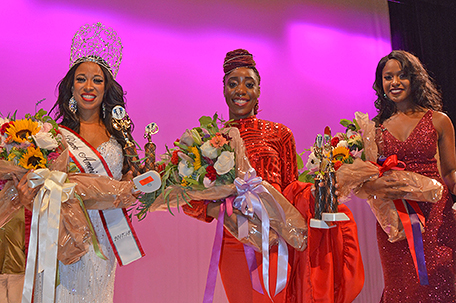 Lewis lost her sister to domestic violence. Today the PhD student wants to devote her time as Miss Black America to increase communication, education and legislation and help reduce domestic violence. Lewis visits high schools and colleges to promote healthy relationships and awareness of the signs of domestic abuse. She is also committed to increasing African American education. Her initiative, “Returning to our Roots: Liberation Through Education” strives to reclaim and celebrate the Black narrative.

Miss Black America Contestants were glamorously styled by Make-up by Davonda and Hair by Rotasha Kellem!