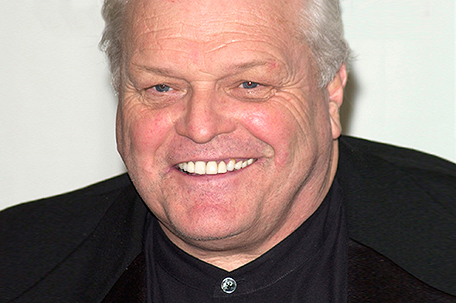 NEW YORK (AP) — Brian Dennehy, the burly actor who started in films as a macho heavy and later in his career won plaudits for his stage work in plays by William Shakespeare, Anton Chekhov, Eugene O’Neill and Arthur Miller, has died. He was 81.

Known for his broad frame, booming voice and ability to play good guys and bad guys with equal aplomb, Dennehy won two Tony Awards, a Golden Globe, a Laurence Olivier Award and was nominated for six Emmys. He was inducted into the American Theater Hall of Fame in 2010.

Tributes came from Hollywood and Broadway, including from Lin-Manuel Miranda, who said he saw Dennehy twice onstage and called the actor “a colossus.” Actor Michael McKean said Dennehy was “brilliant and versatile, a powerhouse actor and a very nice man as well.” Dana Delany, who appeared in a movie with Dennehy, said: “They don’t make his kind anymore.”

Among his 40-odd films, he played a sheriff who jailed Rambo in “First Blood,” a serial killer in “To Catch a Killer,” and a corrupt sheriff gunned down by Kevin Kline in “Silverado.” He also had some benign roles: the bartender who consoles Dudley Moore in “10” and the levelheaded leader of aliens in “Cocoon” and its sequel.

“The world has lost a great artist,” Sylvester Stallone wrote in tribute on Twitter, saying Dennehy helped him build the character of Rambo.

Eventually Dennehy wearied of the studio life. “Movies used to be fun,” he observed in an interview. “They took care of you, first-class. Those days are gone.”

In 1998, Dennehy appeared on Broadway in the classic role of Willy Loman, the worn-out hustler in Miller’s “Death of a Salesman” and won the Tony for his performance.

“What this actor goes for is close to an everyman quality, with a grand emotional expansiveness that matches his monumental physique,” wrote Ben Brantley in his review of the play for The New York Times. “Yet these emotions ring so unerringly true that Mr. Dennehy seems to kidnap you by force, trapping you inside Willy’s psyche.”

He was awarded another Tony in 2003 for his role in O’Neill’s “Long Day’s Journey into Night,” opposite Vanessa Redgrave, Phillip Seymour Hoffman and Robert Sean Leonard.

The 6-foot-3-inch Dennehy went to Hollywood for his first movie, “Semi-Tough” starring Burt Reynolds and Kris Kristofferson. Dennehy was paid $10,000 a week for 10 week’s work, which he thought “looked like it was all the money in the world.” He became a professional actor at the age of 38.

He is survived by his second wife, costume designer Jennifer Arnott and their two children, Cormac and Sarah. He also is survived by three daughters — Elizabeth, Kathleen and Deirdre — from a previous marriage to Judith Scheff.