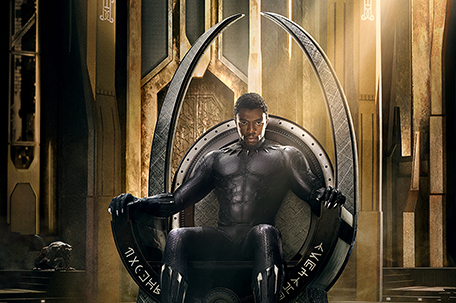 NEW YORK — With a massive $40.2 million in ticket sales Monday, “Black Panther” has set another box-office record: biggest Monday ever.

The higher Monday figure gives “Black Panther” the second biggest four-day weekend, behind only the $288.1 million of “The Force Awakens.” With $242 million over the Presidents’ Day weekend, “Black Panther” moves ahead of December’s “Star Wars: The Last Jedi” in the ranks of four-day starts.

Internationally, “Black Panther,” which cost $200 million to make, is also outperforming earlier estimates. It has made $184.6 million overseas thus far, giving it a worldwide total of $426.6 million.