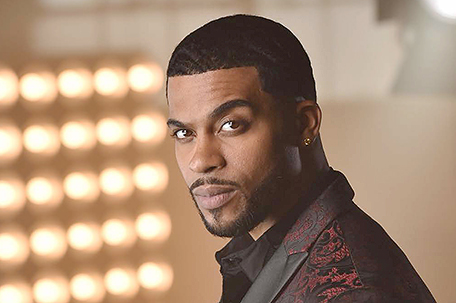 New Jersey native, Leland B. Martin has been making waves in Hollywood on both the big and small screens respectively. After starring in several national commercials and landing supporting roles in several TV shows and films including Cherish The Day and A Cinderella Christmas, Martin landed his biggest role to date as Ari Thomas on BET’s series Boomerang. The series serves as a spin-off of the 1992 film starring Eddie Murphy, Halle Berry, Robin Givens, Martin Lawrence, David Alan Grier and Eartha Kitt.

Martin spoke to The SUN about the importance of his character, the journey through season 2 and what audiences can expect.

After a successful first season showcasing the ups and downs of a lively group of friends, with a wide array of personalities, season 2 of Boomerang brings with it something new.

“It’s amazing to get that validation. Season 1 is like people taking a chance on you, season 2 is everyone seeing your work and the network and the audience are giving their blessing”, Martin expressed.

Season 2 of Boomerang brings with it all of the main characters from season 1, new experiences and more laughter.

“The second season I would describe as funny first of all… I would describe it as hilarious”, Martin emphasized. “In the first season, we were trying to introduce the characters and show you more story coming from the place of a spin off. In season 2, we’re all the way there.” “You’re going to see a lot of things millennials can relate to in terms of jobs, relationships, the social climate, society in general… how we deal with technology and how that’s changed our lives and how social media affects us. We’re seeing all of that in season 2 of Boomerang and we do it in a funny way… it definitely ups the ante when it comes to the comedy of it all.”

Martin got the breakdown for Ari’s character through his agent, and initially wasn’t sure how far he would get in the audition process.

“To be completely honest I thought that I wasn’t going to get the role at all.” Martin said, “I didn’t think I had enough credits to be seriously considered for a series regular role”, he continued.  “So, I thought let me just go into this room and impress. When they called me back the first time, I thought I must’ve really impressed them… but I still didn’t expect to get this role. Then they called me back again. We had another audition and after the fourth audition, they put the offer in and I became a part of the Boomerang cast.”

Ari Thomas is a complex character. He is often comic relief, and the voice of reason. He is also a very masculine, sexually fluid man who serves as an example that stereotypes are not true representations. Martin shares his experience playing the multifaceted character.

“I get a lot of dms from people saying that Ari has given them confidence and changed their lives. There are a lot of people in the LGBTQ community that are dealing with rejection with the society that we live in being so hypermasculine and norms that are heterosexual. If you feel differently, you may feel isolated. There are so many negative things psychologically that can come from that”, he said. “I feel like Ari shines a light and allows people to feel connected when they can see themselves on the television. There’s a huge responsibility in that and in representing the character right. I want to make sure that everything is honored in the way that it’s suppose to.”

Although the Boomerang series is a spin-off that pays homage to the original film, it is its own entity. Martin shares his feelings on being a part of the Boomerang legacy.

“Did you see Martin Lawrence at our premiere… and Halle Berry is promoting us! The original cast members are putting their stamp of approval on our show, so the validation from them is such a great feeling”, he emphasized. “It’s an iconic franchise. You’re talking about stars in their budding phases… Eddie Murphy was definitely the man already, but the newcomers then were Chris Rock, Halle Berry and Martin Lawrence. There were so many amazing Black stars that came from that particular movie (Boomerang). It has people’s attention already and I’m just glad that we get to make it our own, have our own following and still have the approval of the original cast.”

In addition to new scenarios and more laughs, fans of the show can look forward to seeing a great deal of growth in Ari’s character this season.

“You’ll see a lot more of who Ari is in the second season. I feel like in the first season, Ari was a supplemental character who kind of helped along the Simone and Bryson story. In the second season you’ll see Ari’s story. You’ll see what he deals with away from his friends… his relationships and the things that bother him”, he explained. “It seemed like in the first season, Ari was a champion for a lot of different people, and people got behind Ari because he stood for the ideals that a lot of people stand for. In the 2nd season, you see him as a person and not just an ideal. He’s no longer just the person who stands up for gay, lesbian, bisexual rights and lives and unapologetic life… you’re going to see him struggle.”

Be sure to follow Leland B. Martin on all social media platforms @lelandbmartin and tune into Boomerang every Wednesday night at 10:30pm on BET!