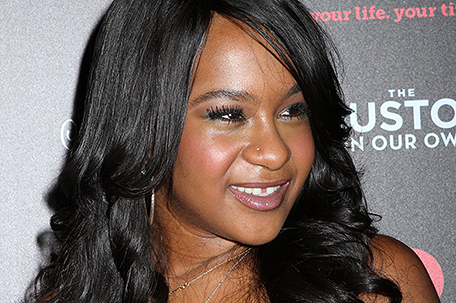 ABOVE PHOTO:  Bobby Kristina Brown attends the premiere of “The Houstons: On Our Own” at the Tribeca Grand on October 22, 2012 in New York City.  (JStone / Shutterstock.com)

The family of Bobby Kristina Brown is taking selected media outlets to task over what they feel to be conflicting reports on the 21-year-old daughter of Whitney Houston and Bobby Brown.

In a statement to Billboard, the family called out TMZ, The National Enquirer, The Atlanta Journal Constitution and the Daily Mail while mentioning that most of their reports are untrue.

“The desire to be ‘first’ has clouded the judgment of many reporters as they forgo accuracy,” the statement said. “This is a criminal investigation, and the integrity of that process requires silence.”

Despite their criticism, the family did thank those who have prayed for Bobbi Kristina with their continued support.

The following is the full official statement from Bobbi Kristina’s family:

“We support the candlelight vigil for Bobbi Kristina. The Brown family is amazed by the love and support from all that attended.” Said Christopher Brown of Brown & Rosen LLC, legal counsel for Bobby Brown. “However the false reports that continue to appear in print and on the internet are egregious, false and will be dealt with at an appropriate time. In particular, the false reporting of TMZ, The National Enquirer, The Atlanta Journal Constitution and the Daily Mail (UK) citing, police sources, family sources and Bobby Brown himself, will receive my attention. The desire to be “first” has clouded the judgment of many reporters as they forgo accuracy. This is a criminal investigation and the integrity of that process requires silence.” Brown added.

“We continue to request privacy in this matter. We thank everyone that supported the vigil for Bobbi Kristina. God is hearing our prayers.” Brown said.

Bobbi Kristina: ‘She’s always with me’