Blue Cross Riverrink Summerfest announces the debut of ‘The Midway’ 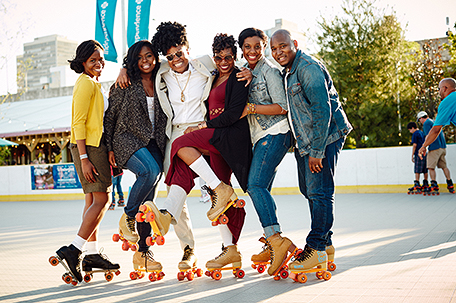 Philadelphia’s only outdoor roller skating rink is back this summer for its third season, and opened to record breaking crowds this past Memorial Day weekend. But the Delaware River Waterfront Corporation (DRWC) is pulling out all of the stops to ensure that the 2017 summer on the waterfront will be the most exciting yet. Opening on June 23rd, a new section which will be known as The Summerfest Midway will make its debut as the finishing touch in completing Philadelphia’s urban boardwalk. And what would a boardwalk be without rides and games? 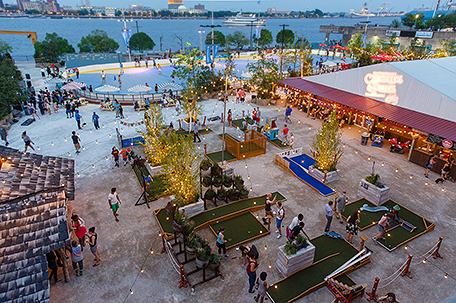 The Midway’s main attraction is without a doubt the 60-foot Ferris Wheel ($4 per person to ride) that will transform the skyline and offer rides with panoramic views across the river and a birds eye view of Blue Cross RiverRink Summerfest and beyond.

Operated by Skelly’s Amusements, The Midway will open with a 60-foot, 16-gondola Ferris Wheel, accompanied by a carousel ($3 per person to ride).  The Ferris Wheel will operate from The Midway’s opening on June 23rd through July 9th. The popular Pharoah’s Fury swinging boat ride ($4 per person to ride) will bring new energy and shake things up (literally!) from July 10th through July 23rd at which point the Ferris Wheel will return and run through August 14th. A Typhoon Magic Carpet ride ($4 per person to ride) will cap off the season. In short, the carousel will be a permanent attraction throughout Summerfest, while the featured ride will change between the Ferris Wheel, the Pharoah’s Fury swinging boat ride, and the Typhoon Magic Carpet ride.

Of course, boardwalk entertainment would not be complete without a collection of exciting games and the chance to win great prizes. The Midway will include six pay-as-you-go games including:

A group of players shoot water at a target, making their character rise. The first player that makes it to the top of the game wins. The more players there are, the larger the size prize.

Players aim and throw their dart at a board filled with inflated balloons. The more balloons the player breaks, the bigger the prize.

High Striker/Ring the Bell game (3 swings for $5, everyone wins a prize)

Kids get to show how strong they are by swinging a kid-sized hammer at a target. Hit the target hard enough and they ring the bell. And if they don’t ring the bell, they still win!

Players use an old-fashioned Daisy cork gun to shoot corks at plastic cups. The player keeps shooting until they knock one over. The prize size is listed on the cup they knock over.

Players take aim at plastic plates lined up side by side in rows. Break 2 plates with a ball and win a prize.